CHOCOLATE - GOOD FOR THE SOUL? 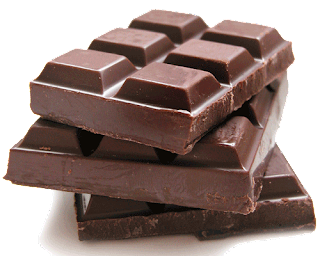 
How can something from a bitter bean taste (after being roasted) so good? The answer, and this is the truth, is found in Genesis 1:29 which says "And God said, “Behold, I have given you every plant yielding seed that is on the face of all the earth, and every tree with seed in its fruit. You shall have them for food".

This is the Source of everything good! The sauce of everything good is what we do with it. I have been around cocoa or cacao trees a few times in the past, and marveled at the cocoa pod fruit and its rich dark beans. If you hold one of those things in your hands, split open and taste the actual fruit, it is a sweet pulp with between 30-40 seeds. It is only after those same sweet tasting seeds are dried out, fermented and roasted, that we get the beginnings of some yummy chocolate products!

South Americans, Ivory Coast, Ghana and a couple Asiatic countries produce almost all of the world's cocoa plants. But it originated right here in the western hemisphere and was introduced to the Spanish conquistadors by the Aztecs. History tells us that the Spaniards saw Montezuma drinking endless amounts of what was the first chocolate latte when he had huge goblets of ground up cocoa flavored with cinnamon and/or vanilla, whipped up to a froth! This was before Bunn Capuccino machines or Starbucks! The flavoring had to be added because the beverage had a bitter taste.


The Spanish took this amazing find back to Europe. They developed a taste for it and man's curiosity.  Over the centuries, both here and in Europe, various things have been done to the cocoa pod and uses found for the seeds, both by natives of the Americas and northern Europeans. In the Americas, they dried out the beans and ground them into a power. This then liquefied into a mass and molded into a block.  When processed, we get two things - cocoa solids or cocoa butter. Cocoa butter is a staple in many beauty health products for women.


We know what cocoa solids can be used for - baking! Our grocery aisles are chockful (no pun intended) of all types of unsweetened baking chocolates or cocoa, which are just forms of varying amounts of cocoa solids, cocoa butter and refine or pure sugar cane. Obviously, the less refined sugar we eat, the better off we are!


There is nothing more satisfying on a cold winter night than a cup of hot cocoa, brewed the old fashioned way - in a saucepan over a fire! All the instant packets are fine in a rush, but to get the full benefit of this God-given fruit, time must be spent and/or invested in what is well, a "food of love"! 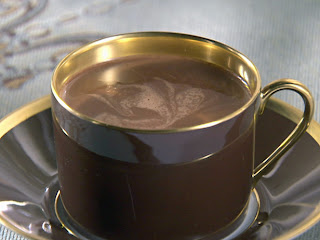 There are several health benefits from chocolate - the kind we sip in our favorite mugs, or some of the bars we can purchase at our favorite drug store. The less than 400 different chemicals in Chocolate are still being examined as to why this thing makes us feel so good when we consume it!


It has been proven that chocolate stimulates the secretion of endorphins, which gives us a kind of a "rush" we feel after, say, a brisk walk in cool sixty degree Spring weather for about half hour! It is also a fact that chocolate also produces a neurotransmitter called serotonin. Serotonin is a well-known anti-depressant! Two other such profiles are theobromine and phenylethylamine, both of which have a stimulating effect.


Phenylethylamine is a word you see associated with a lot of things from red wine to citrus fruits and of course, chocolate. It has been tested to see how it can even be manipulated to fight things like ADHD (attention-deficit hyperactivity disorder) because of its stimulant properties! Yes, all of these things came from the cacao plant of South and Central America!


Finally, we have the famous chocolate bars. We all have varying degrees of a sweet tooth and need to thank British inventor John Cadbury for developing our modern chocolate bar! Being Quakers, the Cadbury did well selling these items to folks who did not wish to taste alcohol! Cadbury was a salesman who sold coffee, tea and self-produced drinking cocoa himself, starting in 1824. He eventually found a way to emulsify milk, water, sugar and cocoa powder into a solid product which he later used to become simple chocolate bars, or to cover various fruits and nuts! Cadbury chocolates are still available in the US and Canada. It is now owned by Kraft Foods and is second in the world, only to the Mars family of Chocolates from Chicago! 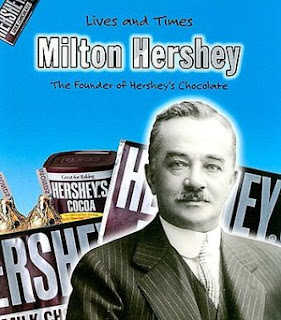 Who can forget the Hersheys?! Milton Hershey of Pennsylvania was a caramel candy salesman who tried and failed and persevered to the end. One of my personal heroes, due to his Biblically sound lifestyle (a rarity among giant American industrialists, even those of modest beginnings), Hershey became fascinated by the milk chocolates he saw at the 1893 Chicago World's Fair from Europe...particularly the machinery exhibited by the Lehman company of Germany.

After a lot of refining and experimentation, Milton Hershey was able to bring this former food of the rich and famous only, to every man, woman and child in America and then the world! He built the largest chocolate factory in the world at the time and created an entire industry and town to support its operation. Hershey gave not just jobs to ordinary folk, but provide more than affordable homes, schools, libraries and churches for them. Milton Hershey was the great American Horatio Alger story.


When God told the Israelites about the land flowing with milk and honey, it meant two things:
1. They will have cows for milk and bees for honey, and the lush green grass and water to maintain them.
2. They will have to work to produce it.
Man has done that with the Cocoa plant and chocolate. With its divine origin at creation; its chemical properties and its availability at the drop of a hat (or simmer on the stove) may I say, that chocolate is indeed, good for both the spirit and the soul! Enjoy!

Oh, what a yummy post, Bernie-boy! I loved reading the history about chocolate. I don't think I've ever read all that before. What a great post! Thanks so much for now making me drool! Bye...gotta go get some CHOCOLATE!!!

Thank you there, my great sister in the Lord!! As a fellow chocoholic, I appreciate so much your wonderful endorsement of our healthful addiction!! haha... Now, how can we make something Southern out of this?!
Signed
Bernie-boy aka Bubba