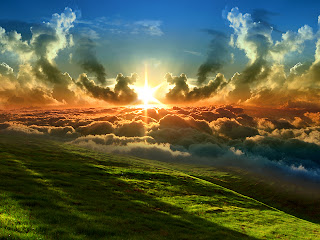 IN THE PRESENCE OF THE KING!
POWER MESSAGE BY LYNN MOSHER
One day, with head hung down, the lowly subject known as Sinner found herself standing in the Presence of the King. He guided her to a rugged cross, stained with blood that had trickled down its post. He escorted her to an empty tomb, where burial cloths lay as evidence of One having been there. As He walked with her into the Garden of Easter gladness, she finally understood and accepted the sacrifice for forgiveness of sins.
Then, one day, she crawled into the Throne Room as Discouraged, seeking answers to her many trials. The King lifted her up and sent her home with His Servant Encouragement to attend her in all her ways.

Sinner became known as Saint as she daily sought the King’s Presence. Sitting at His feet, she received all the King’s blessings of the Holy Spirit for her life.
Entering one day as Faithless, she timidly approached the King. He immediately forgave her and imparted His Servant Grace to fill her heart.
One day, entering as Defeat, she bowed her head in shame before the Throne, asking for the King’s assistance, wondering Him why her life was a failure. He entrusted His Servant Victory to be her advocate in all the matters of her life.
Entering one day as Pride, she strutted in before the King. Shaking His head at her, He assigned His Servant Humility to kneel by her side always.
One day, entering as Grief, she fell sobbing into the arms of the King. He gently placed His hand of Love upon her head and dispatched His Servants Comfort and Peace to wipe away her tears and accompany her to still waters.
Entering one day as Selfish, she shoved her way into the King’s Throne Room, and the Selfless Lamb appeared and stood silently beside her, wrapping His arm around her shoulders and leading her to perform sacrificial acts for others.
One day, she returned as Prodigal, collapsing in exhaustion at the feet of theKing. He set her back upright, wrapped a royal robe around her shoulders, placed a golden crown upon her head, and a divine ring upon her finger, sending His Servants Goodness and Mercy to pursue her in all her ways.
In all her subsequent days, she entered the Kings’ Presence on bended knees, with head bowed in reverence, and hands lifted in gratitude. Praise and Worship became her closest Companions…forevermore.
From His feet, Lynn