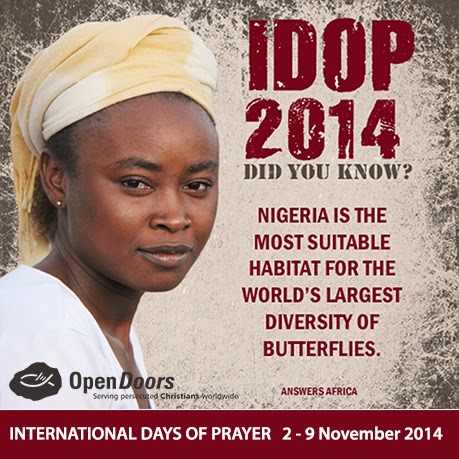 The great 19th century Missouri teacher on prayer Edward McKendree (EM) Bounds said the following on prayer, in one of his many sermons: "It is a man's business to pray, transcending all other business and taking precedence over all other vocations, professions or occupations. Our praying concerns ourselves, all men, their greatest interests, even the salvation of their immortal souls. Praying is a business which takes hold of eternity and the things beyond the grave. It is a business which involves earth and heaven. All worlds are touched and worlds are influenced by prayer".

As I studied this EM Bounds quote, I discovered the following verses on prayer back up the old Missouri pastor's teaching on the "transcendence and prominence" of our prayer. In 1 Timothy 2:1-2, Scripture says "First of all, then, I urge that supplications, prayers, intercessions, and thanksgivings be made for all people, for kings and all who are in high positions, that we may lead a peaceful and quiet life, godly and dignified in every way".

It goes without saying, that a woman or man of God's thinking must transcend those of the rest of the perishing world.  If we think of the word "TRANSCEND", and we apply it to prayer, first in the natural its definition means "to go beyond the ordinary and its limited thereby exceeding in excellence". (Giving God prominence in our lives, regardless of our station, is already a given).

The Christian who takes up the mantle of making "all supplications, prayers, intercessions and thanksgiving for ALL people" has already transcended, surpassed and blown past the mediocrity of the average and thus, has placed the Work and Wonder of God in Prominent, Permanent display - to the praise and Glory of His Name! It is this type of Christian who, when called to "pray without ceasing" (1 Thessalonians 5:17) can then proceed to have "such a hope, that we may be bold"(2 Corinthians 3:12)!

It is this characteristic of our Christian DNA which gives the purpose, thereby propelling us to intercede for our persecuted brethren in faraway lands AND next door. In the civilized western world, as post-Christian or post-modern as it is, persecution comes in different subtle ways. We must intercede for military chaplains and others in the public arena who are constantly under pressure to refrain from "praying in Jesus' Name", we should also pray for our young people who are put upon by an increasingly hostile public education system and are persecuted for simply believing the Bible and its truth. This same harsh treatments are not extended to the violent non-Christian religions, since these people are fulfilling the Will of God without knowing it, just like the pharisees who killed Jesus in 30 AD went did. So we pray for our children as well as those in the latest update from OPEN DOORS:
ITEM:"Boko Haram militants killed more than 30 civilians and burned two churches in two attacks on the border towns of Amchide and Limani in northern Cameroon on Oct. 15-16. The Cameroon Minister of Defense, Edgar Alain Mebe Ngo’o, said the heavily-armed Boko Haram members crossed the Nigerian border in armored vehicles and stormed the villages.

ITEM: "Unknown attackers killed a Christian man by machete and injured another in Bukoba in northwest Tanzania on Oct. 9, according to sources and reported by World Watch Monitor....church members have been receiving threats from Muslim expatriates in Bukoba, who have vowed to decrease the number of Christians in the area.

FATHER, WE AS A PEOPLE, COME TO THEE WITH BROKEN HEARTS, HUMBLE SPIRITS AND SURRENDERED SOULS SUBMITTED TO THE WILL AND PURPOSES OF CHRIST TO PRAY, INTERCEDE, CRY OUT AND BEG FOR YOUR MIGHTY, TRANSFORMATIVE TOUCH IN THE LIVES OF THOSE OF US WHO ARE UNDER DURESS HERE IN WEST, IN OUR SCHOOLS WHERE THE AGENDA OF THE LEFT IS TO CORRUPT AND LEAD YOUR CHILDREN ASTRAY, THEREBY TAKING AWAY THEIR LOVE AND TRUST FOR YOU AND INCREASINGLY, TO BUILD ON NATURAL HUMAN DOUBT TO MOLD IT INTO AN ATHEISM WHICH HAS NOT BEEN SEEN SINCE THE DAYS OF NOAH OR THE NORTHERN KINGDOM OF ISRAEL. WE PRAY FOR THE REMNANT STILL IN THE PUBLIC EDUCATION SYSTEM AS WELL AS THOSE WHOM THEY AFFECT, TO STAND BOLDLY AND LEAD COURAGEOUSLY WITH DYNAMIC SPIRIT-LED POWER TO PROTECT THE NEXT GENERATION OF PRAYER WARRIORS AND INTERCESSORS.

ALSO FOR TODAY, OH MOST HEAVENLY AND MERCIFUL GOD, IN JESUS' NAME, WE PRAY FOR THOSE IN THE VILLAGES OF CENTRAL AND WESTERN AFRICA WHO ARE BEING RUN OUT OF THEIR HOMES AND ARE HAVING THEIR VILLAGES AND CHURCHES DESTROYED BY BOKO HORAM.....NOT JUST IN NIGERIA, BUT INCREASINGLY IN CAMEROON, TANZANIA AND OTHER PARTS OF AFRICA WHERE ISLAM IS WIELDED BY THE MERCILESS SWORD OF HATRED FOR YOU AND THE CREATOR - JESUS CHRIST.

WE PRAY FOR YOUR PEOPLE, OUR BRETHREN IN THE ANCIENT CHRISTIAN REGION OF SADAD, SYRIA, WHERE SCORES HAVE ALREADY BEEN MARTYRED, AND EVEN MORE INJURED, BY THE FOLLOWERS OF THE SAME RELIGION WHICH WOULD MAKE EVEN THE PRIESTS OF BAAL OR FOLLOWERS OF MOLECH CRINGE. LORD WE KNOW NOT HOW YOUR SAINTS IN THESE REGIONS PERSEVERE THROUGH TIMES LIKE THESE WHERE THE BODIES OF THEIR WOMEN ARE VIOLATED AND OTHERS ABUSED INHUMANELY, BUT FATHER OF ALL GRACE, WHOSE MERCIES ENDURETH FOREVER, GRANT THEM FAVOR, LOVE, COMPASSION AND STRENGTH RIGHT NOW, IN JESUS' STRONG NAME AND MAY THEIR PERSECUTORS RELENT, REPENT AND TURN TO YOU BEFORE THE COMING DAY OF JUDGMENT, IN HIS NAME, AMEN.

OH MOST HOLY AND REVERENT FATHER, WE LONG TO BE MEN AND WOMEN OF PRAYER, PURPOSE AND PASSION, WHOSE CALLING TRANSCEND THE ORDINARY AND SEE THE EXTRAORDINARY WHICH CAN ONLY BE FOUND IN YOU, AS WE LIFT YOU UP, FOR THE PRAISE AND GLORY OF YOUR NAME, THROUGH CHRIST OUR KING, AMEN AND AMEN.