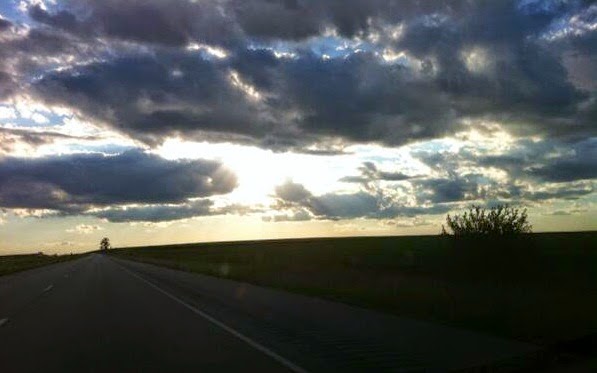 Genesis 6:8 says "But Noah found favor in the eyes of the LORD".
The eyes are the windows to the soul, but how are the Eyes of God…the Almighty, All Powerful, All-seeing; All-knowing Mighty Eyes of our God?

In human terms, our field of vision is limited to the physical environment we currently occupy. Not so with the Lord.  The Voice that spoke the Creation into being has Eyes which always WERE, ARE and WILL BE. Therefore those Eyes pierce to the quick of the matter, the core of the human condition.

Those are also the Eyes which looked down at Creation in the Book of Genesis and said "it was Good"! In this short series of posts, we wish to look at some of the mentions of the "Eyes of the Lord" and what each one means. Today, we see right of the bat at the beginning of time (in the sense of humanity), that Noah, the great grandson of Enoch - found Favor in the "Eyes of the Lord".

Taken in its fuller context, we see from this chapter 6 of Genesis that everything man was doing was perverted, evil and corrupt. It was so horrible and horrid, as a foul aroma to the Lord, that He said in Genesis 6:6, that He regretted ever creating man! How bad is it, for the gracious and most merciful God of Heaven, to be so aggrieved (according to Scripture) that He was so sorry that He made man, He wiped everyone out except Noah and his immediate family?!

We know how disgusting and foul-smelling evil is. We see it from border to border, from sea to shining sea, from culture to church corridors all over America and western Europe. What we need to focus on, is goodness and righteousness and the veritable FAVOR OF THE LORD.  Noah found favor. How did that occur?

Well, we look back to a man named Enoch who lived only a "few" years compared to others in his family tree! Enoch, a direct descendant of Adam, became father to Methuselah at age 65. Then Scripture says that Enoch "walked with God for three hundred years" after Methusaleh was born...(Genesis 5:22). Then in Genesis 5:24, the Lord says that "Enoch walked with God; and he was not, for God took him".

There was something about this family. All Enoch's ancestors were fruitful and multiplied and created enough people to populate the known earth at that time. Before Enoch was taken into Heaven without dying at age 365, he had other children who are not mentioned here. Only Methusaleh and his son Lamech and Lamech's son Noah (and his three sons) are mentioned by name before the great Flood. This family had the Favor of the Lord upon them. This was literally four generations of men who were preachers for the Lord!

In the original Paleo-Hebrew language (which Moses wrote and is different from modern day Hebrew) we start with Enoch and immediately notice that his name means "teaching or commencement".

Methusaleh, was the prophet of doom, for the corrupt around who refused to listen to his messages. He lived the longest life in the Bible, because like the prophet Jeremiah, God was trying to give His people time to repent and turn from their wicked ways. Methusaleh, who was preaching God's message of repentance (like Jeremiah) means "his death shall bring"....and as soon as he died - BOOM - the Flood's plans were put into motion by the Lord.

Lamech, the grandson of Enoch, son of Methusaleh and father of Noah, means "lamentation" or "despairing". You see the parallel to Jeremiah here, who wrote the book of Lamentations about the destruction of Jerusalem by the Babylonians!

Noah, the last of these four great preachers for the Lord, means "to bring rest, or comfort". He brought rest and comfort, not to the evil what was wiped out by the Flood but to the new earth after God had reset things.

By being obedient to the Lord and taking ridicule for decade after decade while he painstakingly built that Ark, and raised his family in righteousness, Noah was loved mightily by God - he found favor and grace was showered upon him. God literally saw, with His own Eyes, Noah's faithfulness and loved him, with a mighty love.  The fourth in this line of preachers, then got to save a portion of all creation, and even the members of his own family.

I am so happy for making the right choice by contacting Dr. Irosi who helped me in getting my ex back by casting a love spell on him. One of the best decision i ever made was contacting Dr. Irosi to help me get my lover back, I was life filled with happiness after i contacted Dr. Irosi because he didn't just bring my lover back to me he also made our love for each other more unique and superb. If you need to spice your relationship with more love and attention contact Dr. Irosi on his Email Address [drirosisolutioncenter@gmail.com], call or whatsapp him via his contact +2348118829771 and be happy just like i am, thanks Dr. Irosi for your great work.