THE PERSECUTION OF CHRISTIANS, PART 1 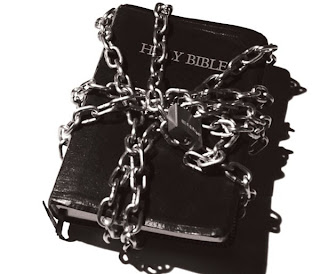 “Blessed are those who are persecuted for righteousness' sake, for theirs is the kingdom of heaven.
“Blessed are you when others revile you and persecute you and utter all kinds of evil against you falsely on my account. Rejoice and be glad, for your reward is great in heaven, for so they persecuted the prophets who were before you. (Matthew 5:10-12, ESV)

When the terrorists in Syria recently charged the ancient Christian village of Maaloula in the Syrian mountainside where the minority Christians lived for almost 2000 years, do you think they felt blessed? According to eyewitnesses, the moslem terrorists told villagers "‘Either you convert to Islam or you will be beheaded,". The village of Maaloula is one of the last on this earth which still spoke the ancient language of Aramaic. Aramaic was the language spoken by Jesus Himself and can only be found in Syria, in these last days.

What has been happening during the violent Syrian civil war has already been repeated in Iraq, with one million Chaldean Christians being persecuted, killed and displaced and in Iran and other middle eastern countries. Pakistan and India are catching up with their cousins in the middle east and doing the same to God's people. These are just some of the latest examples of what has been happening to followers of Jesus Christ since before He was even crucified in 33 AD in Jerusalem. Jesus warned of this and this warning has been fulfilled time after time after time for almost 2000 years now.

Persecution is occurring in not just these Arab countries, but in almost every corner of this earth. In Part 2 of this, some pointers on how to survive persecution anywhere in this world where this blog is read, will be provided, from the Word of God itself.  What Christians should find comfort in, is that this is as bad as it is going to get for true believers. Eternity in Glory is nothing compared to those what happens in this old earth. In countries like China, or the Philippines or India etc, where there are not the comforts of life, their hope and faith are truly remarkable things to behold. We can bless them by praying for them daily because believe it or not, some in the Chinese persecuted church are actually praying for us as well! One day, we will all rejoice before the Throne with the One Who will welcome all His children with "well done, good and faithful servants".