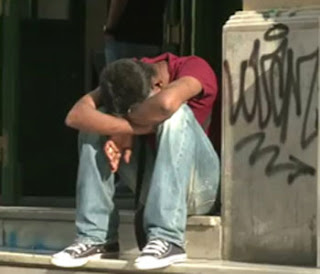 
The deeds You did in their days,
In days of old:
2
You drove out the nations with Your hand,
But them You planted;
You afflicted the peoples, and cast them out.
3
For they did not gain possession of the land by their own sword,
Nor did their own arm save them;
But it was Your right hand, Your arm, and the light of Your countenance,
Because You favored them.


The worldview of most people today goes only as far back as the day they were born. This is because there is such a lack of adults passing on their knowledge, of almost anything. It is becoming worse with each new generation. To compound this travesty, we also have a glaring lack of Biblically sound parents who are passing on the Knowledge and Wonder of the Lord to their children as may have been passed on to them.

The reason I say "may have been" is the proof we have just out from Barna Research (May 2013) that 59% of teens from age 18 to early twenties drop out of church, after going regularly most of their lives, while growing up! I see it in churches I have attended all my life and even up to now! This is horrible and not just an indictment of preachers clowning around in the pulpit and running the church as their own turfs or businesses, but parents who have no sense of God themselves. Sometimes you wonder if these people - both the preacher and the parent - are even saved and converted themselves!

Just look at this wonderful psalm above and marvel at the words of men who have always been told of the Goodness of God, who is not just deliverer from evil, but provider. The very last line above where he says "...because You favored them"....unless you have testimony time in a church on Sunday nights, which is a dying tradition, you will hardly hear gratitude like this where folks testify and glorify the King "because He favored them".

The bottom line is we are full of all kinds of noise, speed and light and no substance. Our own churches are just as guilty. I was once a member of church leadership and resigned rather than have to face judgment for any transgression against this same 59% we allowed to walk away from Christ, because we were playing church. I don't want that on my conscience. This is why my entire focus for the past decade is to make sure no stone is unturned, as much as possible to do the best I can to reach as many as I can for the Truth.

Over the next several posts, we will go deeper into some of the newest research to find the root of how we got where we are - in the depths of a spiritual pit....and Lord willing - what does God expect us to do about it. In the meantime, you and I need to pray very hard for even our own children who are walking in Christ in their early 20's s still - that they mature in Him and His Word. If we have any child who is not yet converted to righteousness and salvation - double down on your knees. Time is too short!
Posted by The Bernie Lutchman Blog at 5/15/2013

Email ThisBlogThis!Share to TwitterShare to FacebookShare to Pinterest
Labels: back sliding, barna, conscience, countenance, goodness of God, spiritual pit, walk away from church