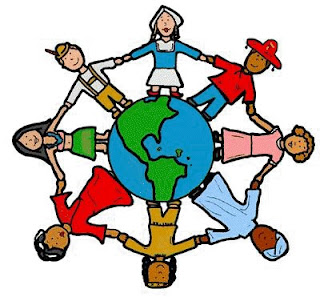 For the past two articles posted, we have looked at the problem of young men going off the rails, through the Eyes of the Lord.  We have actual proof of why all the problems with young men and boys in crisis for the past two decades began when the state replaced God as the father in many homes. Just look at the condition of almost every single American city. We have proof that what the Lord warned about in His Word is so true, it is difficult to look at without shedding a tear.

It did not have to be so. This was, is and never will be God’s plan for the half of the nuclear family, which He created. Men, who would father sons, were given a charge by God, since the beginning of time. This duty to raise up Godly children, as ordained in the Scriptures, has  NEVER EVER changed. Never. (See video below for God’s instructions to parents).

The problems beyond fathers in the shrinking percentage of two-parent homes is their absence, now for the majority of children. When you add the intentional mocking of masculinity and Godly manhood by the secular culture, it is little wonder that men walk away or pull into a defensive or passive mode. Even so-called solid evangelical churches and especially influential megachurches shortchange or give scant attention to men’s ministry – the same men they say they want to be better fathers, husbands and community leaders. In fact, sometimes you get the impression that all these big churches care about is numbers and the big checks the shrinking amount of men going to church can write.

This is not how God planned it. When God created Adam, He gave Adam dominion over the earth and work to do. It was Adam who came up with the following names: rhinoceros, hippopotamus, and possum. One day, in Heaven, we should ask him about that…lol…but I digress.  God created men to represent Him on earth. Even though Adam blew it sky high when he listened to his wife, who had just talked to a serpent, the mission never changed. God has a plan.

He said so very plainly in Jeremiah 29:11-13. While the original text was dedicated to the Land of Israel, all Scripture was written to all peoples of all time.  So the words of the Bible are for all people of all time.

However, this final post of the 3 part “Oh Father Where art Thou” Series, is not just about diagnosing the serious problem of losing our sons to liberal pit. We are about solutions….and only the Lord knows and HAS this solution. He has told all mankind ALL through the Bible about His love, forgiveness, compassion and abundant life – in this life and the next. Lack of belief in His promises are not His fault but the fault of all who are disgruntled, depressed and in despair. Still, the promises are the same and are open for the taking, until the end of time.

Here is Jeremiah 29:11 - "For I know the plans that I have for you,’ declares the Lord, ‘plans for welfare and not for calamity to give you a future and a hope".

We glean, from this, a factual and promissory statement from God:

12 Then you will call upon Me and come and pray to Me, and I will listen to you.

13 You will seek Me and find Me when you search for Me with all your heart.