AMERICA UNDER JUDGMENT - HOW THE CHURCH BLEW IT 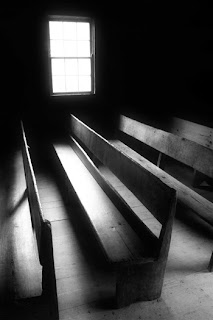 For it is time for judgment to begin at the household of God; and if it begins with us, what will be the outcome for those who do not obey the gospel of God? (1 Peter 4:17)
America's "famous pastors" are well known for their glitz and glamor as well as their megachurches and multi-media. They are celebrities at conventions and conferences. Their TV shows are watched by millions and they're invited on secular news programs to speak about this or that controversial topic from time to time.  They tweet. Their followers sometimes troll blogs and websites to post comments defending them, sometimes with vitriol, if they find their favorite celebrity preacher mentioned in an unfavorable light. I know personally about this. One time an Andy Stanley fanatic found this relatively small little blog and reacted to me mentioning his hero, in a comment about a group of ministers who make teaching videos.


One thing you will not see America's pastors talking about this past year is the issue of so-called gay "marriage". Even when the Supreme Court through the dictates of one man, redefined God's Word - an unpardonable sin - America's super-pastors kept silent. They are still speaking loudly by their silence. On the local level, it is a mixed bag. Still, there IS a remnant out there.

Not a word from the National Association of Evangelicals and others who used to pontificate on fake phenomenon like global warming.
Not a word about the coming global warming - HELL - from the "amen" corner, because they are afraid to offend their million-dollar personal fiefdoms in Houston, Southern California or Seattle or Atlanta or Orlando or New York City or Michigan or Barrington, Illinois etc etc...
Not a word about the coming Judgment on America by Holy God which they refused  to warn of because they would offend the seekers by "being too judgmental".
Not a word about sin - personal, corporate and national, while national leaders sin with impunity and the corrupt culture are leading our young people into hell.
Narry a word of outrage over the continued loss of Religious Liberty, still constitutionally protected, as more and more secularists are manipulating the words "Religious Liberty" into "freedom of worship",

What is the reason for allowing the world to so turn the minds of the so-called "under-shepherds" of Christ? Is it the loss of 501 C 3 tax free status of the church, in case they proclaim Truth from the pulpit like to power, like Jeremiah or Ezekiel? We know they are afraid of losing rich tithers and some of the younger church leaders want to appear cool.  But don't they know the following is still operational - "Let not many of you become teachers, my brethren, knowing that as such we will incur a stricter judgment.(James 3:1)

Where are the men like AW Tozer, who warned of this same evil compromise over 60 years ago?
Where are the men like David Wilkerson, who prophesied about the coming day of degradation and filth we see today?
Where are these men? There're already speaking - Paul Washer; Dr. John MacArthur; Dr. Voddie Baucham; Dr. Erwin Lutzer....and a few others. These are not the popular and will not be hip to those in the Macchiatto and Starbucks church crowd.

Today, as fires rage across the deep west...today as extreme heat pounds pagan California....today as extreme weather hits almost every region of these once great United States except the Bible Belt, there is still no biblical discernment from the official church. It is obvious to those of us who pray and can read the sign of the times, by knowing the End Times prophesies, that this is the beginning of Divine Judgment.

The reaction to all of this is not to create another sinful affront to God, like "global warming or climate change" but to repent, fall on our collective knees and beg forgiveness from Holy God. Do you think this country is up to that? If past is prologue - no. Many will be surprised on That Day, when the Lord declares "Depart from Me, I never knew you!" - to America's so-called Christians and church leaders.

Don't take my word for it - read the Bible and believe, or disbelieve at your own peril. If thou wishest to avoid that day, repent....repent....repent and put your entire life in Jesus Christ as Lord of your Life - now....and  thenl, keep praying!
Posted by The Bernie Lutchman Blog at 7/02/2013