IN THEATERS NEAR YOU THIS THANKSGIVING WEEKEND!

THE FARMER AND THE BELLE - SAVING SANTALAND 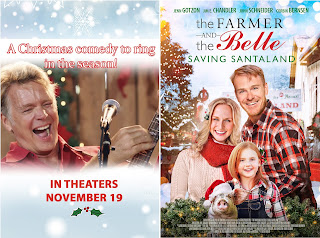