NEVER TOO LATE FOR GOD TO ANSWER OUR PRAYERS & PETITIONS - A CHRISTMAS MIRACLE, PART 1 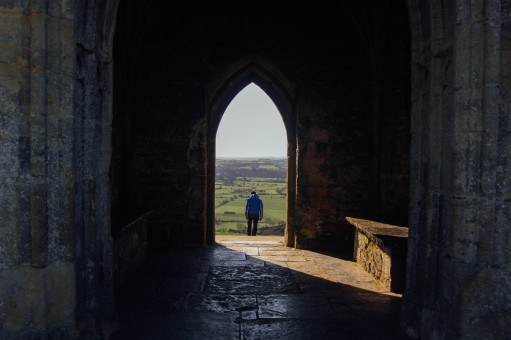 Obedience to God always leads to a life bursting with Praise. This truth has no greater example than in the case of the father of John the Baptist himself – the priest Zacharias. As an authentic minister of the Lord, under the Law of Torah, the ancient Jewish ceremonial system, Zacharias and his wife Elizabeth were both called “righteous and blamelessly walking in the law, commandments and statutes of the Law of the Lord” (Luke 1:6).

Faithful and true, Zacharias and his wife Elizabeth were both getting on in years and childless. It was to this wonderful couple which the Lord sent His angel with some incredible news. It is confirmed, from what the angel told Zacharias in Luke 1:13, that as old as he was, Zacharias was still praying for a son! We are not told if Elizabeth, his wife, was aware of any of this, but great change was coming to her as well.

What was about to happen to her husband, Zacharias, reflects this fact – God hears our prayers. The angel said “Do not be afraid, Zacharias, your petition (constant prayer) has been heard, and your wife Elizabeth will bear a son, and you will name him John” (Luke 1:13)!

There is a reason for this “second verse, same as the first” modus operandi by the Almighty – God the Father and Ruler of all things.

One would think that a holy and righteous son of Abraham and priest of the Living God – Zacharias – would remember his ancestor and the Patriarch Abraham became a father at the age of 100, with this over 90 year old wife Sarah!  But human nature is what it is. He was skeptical with God’s angel who was extremely specific about what was about to take place! To make a long story short, because this man of God expressed some doubt when God’s great angel Gabriel gave a report directly from the Throne of God, Gabriel temporarily took Zacharias’ voice away.

Here is the parallel with Abraham, in relation to Zacharias:
Genesis 17:17 says "Then Abraham fell on his face and laughed, and said in his heart, "Will a child be born to a man one hundred years old? And will Sarah, who is ninety years old, bear a child?"

Luke 1:18 says "Zacharias said to the angel, “How will I know this for certain? For I am an old man and my wife is advanced in years.”

So why did Gabriel, the main Angelic Spokesman from the Throne of Heaven, take away the priest's voice for 9 months while nothing happened to Abraham?

Well, for one thing, this is a good lesson for those of us who call ourselves Christians AND are active in ministry. Whether we are a church leader in charge of making sure the snow is cleared off the parking lot on Sundays in December or a mentor to a small group at church - we have a much higher level of accountability than the average person. In fact James, the brother of the Lord, tells us that explicitly in James 3:1.

Zacharias, like us, sometimes forget whose we are and what is expected of us. Scripture tells us that whom the Lord loves, He disciplines. Many of us know this lesson well. Even so, the Lord is still in the miracle working business. Because while the faithful servant Zacharias was without voice for those 9 months, he grew in power, spirit and adoration for the Lord, as we will see in the next post. Just as important as praise which will burst out from the heart of this man, is the fact that while He may take almost a season of refreshing and reflection to teach a man, our Heavenly Father always remembers our prayers, petitions and supplications. He will respond to those prayers and He will do so, in some really incredible sounds.
Posted by The Bernie Lutchman Blog at 11/27/2018