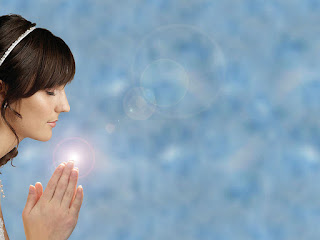 16  Moreover, the Lord said, “Because the daughters of Zion are proud and walk with heads held high and seductive eyes, and go along with mincing steps and tinkle the bangles on their feet. 17 Therefore the Lord will afflict the scalp of the daughters of Zion with scabs, and the Lord will make their foreheads bare.” (Isaiah 3:16-17).
There really is nothing new under the sun. The decadent unsavory lifestyle in a "Keeping up with the Kardashians" celebrity culture may be amplified because of today's 24/7/365 second by second LIVE action existence. It may even be more outrageous than anything ever seen. However the seeds of this self-destructive conduct existed 4000, 3000 years ago, 2000 years ago and if the Lord tarries, will increase in outrageous depths of decadence 50 years from now.

The conditions which led the Lord to declare complete judgment on EVERY single aspect of human urban life across Judah (where the great city of Jerusalem was/is) are also not dissimilar to modern times. The pagan idolatry, and its subsequent sexual immorality, the pride and lack of any discernment were as present then as it is now. Most of what happens today, in some of the vilest corners of worldwide social media, has its roots in the Tower of Babel. It was here that a famous descendant of Noah - a man named Nimrod, constructed one of the first pagan temple with its immoral conduct right in the open skies. This was a major reason for the Lord to scatter the people, create all the languages we have today and deal harshly with the pride of man.

From this verse, we see that God despises the Proud. Throughout Scripture, and thus in our own lives, we know that He gives grace to the Humble. Today, the self-absorbed, selfish culture tells us that "it is all about us". It is all about how we look, how we feel, and how we deserve the best - no matter the cost. There is a huge cost to this creation of coastal advertising agencies, Hollywood and New York board rooms and its associated forms of electronic and print media.

Never before have entire industries sprung up to bring back the lost fountain of youth. People inject botox and other temporary additives, designed to make people look good, into parts of their bodies where it has no business being. Botox is a bacterial toxin. Yes, it is as unhealthy as it sounds. People will go to all kinds of extremes to as God says hold "their heads high...and seductive eyes", with their costly designer clothing and jewelry etc.

They must have the latest and best smartphones and other electronic gadgetry which is about as valuable as the passing wind, until the next update. While all this is going on...while they expose their private lives (and bodies) to gain fame, popularity and millions of followers on the various social media, their hearts are as dark as their empty souls. They have no concept of the judgment and accountability that is to come. Even worse, they do not seem to care and in fact, mock those who live by the Code of Christ.

But it is not just the rich and famous, but those whom they influence among the general population. These are the regular folks who take some of this stuff and ruin their lives, until the Lord also brings the hammer down on them, as He says here in Isaiah 3 verse 17. These are the ones who will say to themselves "hey, I am not as bad as so and so....or if they can do it, so can I!"

They have not heard the lesson of the Lord Jesus, Who when told that the Tower of Siloam had collapsed and 18 people died, told His disciples who asked if He didn't care about this accident: "4 Or those eighteen who were killed when the tower of Siloam collapsed on them: Do you think that they were more sinful than all the others living in Jerusalem? 5 No, I tell you. But unless you repent, you too will all perish.” (Luke 13:4-5). What Jesus is saying is actually full of love, compassion and care for us. He is saying that first, nothing is promised to us, but if the hour comes when our soul is demanded of us, by God, we will have been forgiven by God and have accepted Jesus as Lord and Savior of our lives". The repentance Christ speaks of, is the one which is full of Godly sorrow which leads to Salvation. However the so-called beautiful people, which Entertainment Tonight or the Today Show celebrates do not get this, to their eternal loss. Today, we see the fruits of such conduct and lack of wisdom, in all the scandals surrounding the coming collapse of the entire Hollywood Roman Empire,

What can we learn, even from those who are falling like cheap bowling pins on a Saturday afternoon in a Midwestern bowling alley, all over Hollywood, New York and London? They are no different from those whom the Lord condemns in these verses from Isaiah 3:16-17. It will behoove us to learn the following lessons from Scripture and to start flying right, as soon as possible. We avoid final judgment in those two major ways:

1. Make the main thing, the main thing. We were not put here on this planet, for however long God allows us, so we can long for "likes" on Facebook and Instagram, but that our lives should be a pleasing one to our Creator. That can only happen when we come to the realization that we were created for good works, which can only be meaningful if we are forgiven sons and daughters of Yahweh - the Holy One of Israel. We must believe the Gospel, turn from our sin and believe that Jesus is Lord.

2. When we have become Christians - by the act of confessing with our hearts and believing in our hearts that Jesus is Lord and that God raised Him from the dead, our conduct must show it. No longer can we sin without conscience as we once did before conversion to Christ.  God has shown us in various parts of His Word but has chosen this passage to drive it home:
13 ... live in peace with one another.
14 We urge you, brethren, admonish the unruly, encourage the fainthearted, help the weak, be patient with everyone.
15 See that no one repays another with evil for evil, but always seek after that which is good for one another and for all people.
16 Rejoice always;
17 pray without ceasing;
18 in everything give thanks; for this is God’s will for you in Christ Jesus.
19 Do not quench the Spirit;
20 do not despise prophetic utterances.
21 But examine everything carefully; hold fast to that which is good;
22 abstain from every form of evil.