GRATITUDE IS ALTITUDE - FAITH AND THANKSGIVING 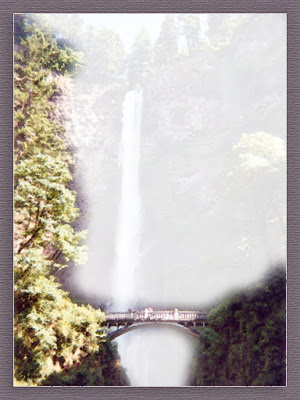 Luke 17:11-19 11 Now on his way to Jerusalem, Jesus traveled along the border between Samaria and Galilee. 12 As he was going into a village, ten men who had leprosy met him. They stood at a distance 13 and called out in a loud voice, "Jesus, Master, have pity on us!" 14 When he saw them, he said, "Go, show yourselves to the priests." And as they went, they were cleansed.

15 One of them, when he saw he was healed, came back, praising God in a loud voice. 16 He threw himself at Jesus' feet and thanked him-and he was a Samaritan. 17 Jesus asked, "Were not all ten cleansed? Where are the other nine? 18 Has no one returned to give praise to God except this foreigner?" 19 Then he said to him, "Rise and go; your faith has made you well."

There is a very serious account of an incident, recorded in the Book of Luke, where Jesus responded to ten lepers calling out loudly to Him for mercy, pity and compassion. They were far enough from the general population, as required by Law, since leprosy was a deadly contagious disease.

Jesus responds in a unique way as only He can. He tells them to do the following (Verse 14):
- Go (from the Galilee area) to show themselves to the priests in one of the nearby synagogues (according to Jewish Law....in the Old Testament).
- As they were walking away, He healed them and cleansed them of Leprosy.

Then the following occurred (Luke 17:15):
- One of ten lepers, stopped and came back to Jesus.
- He was a Samaritan and could not enter the Jewish Synagogue, as he was considered a "foreigner".
- He was the only one to thank the Lord Jesus for healing him. But he was not only grateful. He recognized his position in life, not just as a leper outside the fold, but as a stranger/outcast/foreigner etc. who deserved nothing but got everything.
- He - the Samaritan former leper - gave praise to God for healing him (Verse 18)

JESUS SAVES THE OUTSIDER:
Jesus' Reply to this act of open gratitude and praise was the following (written in the first person...from Luke 17:17)
- Were not 10 lepers healed? How come only 1 out of 10 returned to properly say thank you?
- I came to give the message of Salvation to the Jews first, but only this outsider responded to it.
- Therefore, I will save whom I will save. When Jesus said to the Samaritan who came back to thank Him for healing, that his faith has made you well, the word Jesus used for "made you well" is stunning. The word is "SOZO" - the word for Salvation. Jesus said to this outsider "your faith in Me has saved you!!"
- Jesus saved this one man. The others were healed in the natural. This Samaritan was healed in the soul as well.

I have known people who were healed from different diseases, including cancer, who were just like the other 9 of the 10 lepers - completely ignore God and go about their lives as if nothing happened. The miracle of beating cancer, for instance, well, "I was owed that".

LESSONS FROM TEN LEPER STORY:
What an incredible teaching from the Lord here in this passage. We learn:
- We are all diseased by sin. But there is a Savior Who can cleanse us from all unrighteousness. His Name is Jesus.
- When we call out to Him, He usually answers.
- There is one qualifier. That is, we MUST recognize Who He is. He is God.
- Faith has legs. Jesus did not tell the ten men they were healed. He said "GO SHOW YOURSELVES" to the priests. Under Jewish Law, only the priests could certify that a Jew was healthy and eligible to go back into the general population with a clean bill of health. They IMMEDIATELY recognized that fact of the Law and headed towards the temple in Galilee (where Peter and the other Galilee fishermen must have grown up). They all did have a certain measure of Faith to do that in the first place.
- But there is a huge difference and here is where the new paradigm emerges.

The Law said "only the priest can declare" the person physically well. But GRACE says only Jesus can make both body and soul well. The nine who ran to the temple to get the priests blessings completely missed it. In missing it, they blew past the forest for the trees just as most people today are missing life, because their noses are in their smartphones. They blow past it because their "Faith" is more new age-type "spirituality" where they think they can mix eastern mysticism, yoga and secular humanism and still call themselves Christian, because of the country of their birth or actual Christian ancestry.

But the Gratitude of the outcast Samaritan, who was not even allowed to be with the others is instructive to us, in a season of Thanksgiving:
- The outcast Samaritan was just like all the others in that he was healed with the ten as he started walking with them to the temple, until he realized he would not be welcome there.
- The realization of what was done for him, completely floored him to such an extent that he turn around (a picture of repentance) and ran to the Jesus Who called him by name for Healing!
- He humbled himself by falling at the Feet of God. This is something too many Christians have trouble with these days. Humility is in rare supply, especially where so many people have a spiritual entitlement to the effect that "God owes them something".
- He praised God. He recognized the Amazing Grace the saved a wretch like him.  For that alone, he was so very full of gratitude.

THE ATTITUDE OF GRATITUDE:
The lesson here for us is clear, given what was just written. We among most, have reason to be as humble, forgiven and worship- oriented. We have the Gospels and every variety of bible teaching ever known to man. This man had no such thing.

All it takes is remembering what God has done for us. That He gave His son on the Cross for us that by this one act, we will be saved if we believe, humble ourselves to the point of Godly sorrow leading to repentance....which should lead us to worship. This is the essence of gratitude. In the Spirit of thanksgiving and for the Spirit of God to live in us, we must possess this and completely own it. A life of gratitude will help us keep everything in perspective.

My life verse is Psalm 27:4, but after I got radically born again in 1988, the Lord gave me Psalm 118 as my life Passage. I only found out in 2017, that it was also one of the Bible Chapters which  the Lord used to save the great Reformer Martin Luther! There is so much gratitude in Psalm 118 and others, that we should camp there daily and never move away from it.

As we think about the gratitude of the former Samaritan leper and the kind of reaction us Christians should have, it is beneficial to see, and grasp, what Dr. John MacArthur, Pastor, Author and host of GRACE TO YOU has to say here"A thankful heart is one of the primary identifying characteristics of a believer. It stands in stark contrast to pride, selfishness, and worry. And it helps fortify the believer's trust in the Lord and reliance of His provision, even in the toughest times. No matter how choppy the seas become, a believer's heart is buoyed by constant praise and gratefulness to the Lord".

Today (and each day), are we living our lives daily with such a bent? We most definitely should. Our "SOZO" (Salvation) requires it for the fullness of the Lord to work in and through us.
Posted by The Bernie Lutchman Blog at 11/23/2017