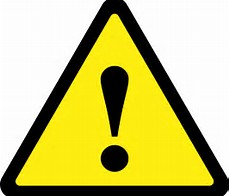 15 Then I came to the exiles who lived beside the river Chebar at Tel-abib, and I sat there seven days where they were living, causing consternation among them.16 At the end of seven days the word of the Lord came to me, saying, 17 “Son of man, I have appointed you a watchman to the house of Israel; whenever you hear a word from My mouth, warn them from Me. 18 When I say to the wicked, ‘You will surely die,’ and you do not warn him or speak out to warn the wicked from his wicked way that he may live, that wicked man shall die in his iniquity, but his blood I will require at your hand. 19 Yet if you have warned the wicked and he does not turn from his wickedness or from his wicked way, he shall die in his iniquity; but you have delivered yourself. (Ezekiel 3:16)


A survey by the American Culture and Faith institute (as well as Barna and a host of others) are devastating for the church, its leadership and its people. This wide ranging survey (here) found that 27% of Christians (and by that we mean those who profess to be born-again, conservative believers - the only Biblically sound definition) believe it is NOT their responsibility to share their faith with non-believers! This is on top of incredible numbers where all the major research organizations - from George Barna to the Pew Research Foundation for Religion, have found that only 9% of adult Christians even have a Biblical worldview.


In a country of roughly 330 million people, 9% represents a really small amount of people, given the adult population. The 2013 US Census says we have just over 242 million adults in the USA, with the total now close to 250 million over the age of 18. When calculated and filtered right down, by 2017-18 figures, less than 23 million adults actually have true Bible-based faith, which is what a Biblical Worldview means.


This Worldview contains the following elements:
-  The inerrancy and accuracy of the Bible as God's Infallible Word. The proof is the document itself: 66 books written by over 40 authors, over 1500 years. These books were written by men, most of whom lived at different time periods and never knew each other. Yet, they tell the same story - the story of God's Redemption plan through the Messiah - the Lord Jesus Christ.
-  Absolute Truth. A biblical worldview believes there is such a things a moral clarity. There are no shades of grey when it comes to the Law of God. He has laid out in the Ten Commandments what is NOT acceptable. They stand today, even in courts of law worldwide.
-  Jesus Christ is the Son of God. God cannot do only one thing - He cannot sin. A biblical worldview believes this fact because only Someone sinless can pay for the sins of an entire human race.
-  Because God sent God the Son to redeem the world, He remains in charge and completely involved in the affairs of humankind, as the All-powerful, All-knowing, and omni-present Creator of the Universe.
-  A Biblical worldview knows that Satan is real and is the prince and the power of the air, in this current age.  Satan has succeeded in lying to most of humanity, that he does not exist, so they can live as they wish, with no consequences. This is not a worldview from God.
-  A Biblical worldview means the acceptance of the literal word of God as pure and divinely inspired in all its teachings.
-  A Biblical worldview means that there is only ONE way to Heaven and it is through the Lord Jesus Christ, as Savior and Master of all. The world's view is that there are many ways, Christianity is only one of the ways, and we are intolerant if we believe otherwise. Jesus said that He is the Way, the Truth and the Life and that "no one....(meaning NO ONE) comes to the Father (goes to Heaven) except through Him" (from John 14:6). Christians have the advantage which the majority does not and this advantage confirms the validity of John 14:6. This confirmation is the Holy Spirit. Only born-again believers, who have a Biblical worldview, have been forgiven by God and have accepted Jesus Christ as Lord and Savior actually possess the Holy Spirit embedded in our souls, as our confirmed reservation in Heaven - for lack of a clearer description.
- Finally, a Biblical Worldview means that is the responsibility of each Christian to share our faith, in thought, word and deed.


Never mind the violation of all of the above, but this last one is the biggest shortcoming of the modern church, church leadership and the Body of Christ. We are not talking about the 91% of adults who accept the modern "new spirituality" as their "belief" system. They have taken a cafeteria approach to "faith" and mixed in eastern mysticism, buddhism and a little of this or that and a dash of "feel-goodism" and come up with a pseudo-Balaamism. What all modern trends, from actual scientific research by George Barna to evidence on the ground, in front of our eyes, show us is that most Christians think it is the pastor's job to reach people for Christ!

The question is, how can a pastor or preacher who runs the church, reach the co-worker or neighbor or the cashier at your favorite diner etc...when you and I are the only ones who see them regularly and can approach them with ease? The answer lies in the fact that it is NOT the pastor's job to love our co-workers and neighbors to Jesus, but ours. His job is to equip and show the congregation HOW to reach the lost and then we execute that plan over the next six days. We know that this is not how it turns out, because, even in the best of churches, most attendees are barely tuned in and leave with just enough to get them through the next week. It is difficult for someone like this too share Faith. It is not impossible at all, just difficult.

How this relates to the Book of the Prophet Ezekiel is important not just because of Ezekiel 3:16 is setting up, but what God Himself actually says in the next few verses:
Verse 17: God has appointed His servant as a watchman....not in the military sense but in the Spiritual sense of the word. Ezekiel's job was to warn wayward Israel. Our job as watchmen today (Jesus said to be on the alert and watch), is to read the sign of the times. Our job is to find the lost and reach out to them. Our job is to warn them of the Wrath that is to come and how to prepare for it.

Verses 18 and 19:  This is scary for the believer. There are warning signs everywhere that the end is coming closer. Yet, Christians. the church and most western believers are joining the party, caught up in trivial pursuits and living in the fast lane with no thought to eternity - just like the lost. They have absolutely no concern for the Lost or even believe like them that "everything will turn out good in the end". A former member of a very popular megachurch once told me that an associate pastor there told him that the majority of the thousands who go there each and every Sunday are not there for the things "you and I think about" (evangelism, outreach, discipleship or repentance)...."they are here to get something for themselves to either get them through the week, knowing they've been to church....or just that - to be at church and meet their friends and drink fancy coffee"!

That is NOT what God expects of those whom He said by His Blood on the Cross. Check this - suppose your neighbor's roof suddenly looked like there was some smoke, then you notice a thin orange flame. You know he works second shift at the plant and is sleeping at 8 am this Saturday morning after his shift. Suddenly the thin flame kicks up with the wind and the roof over the bedrooms is on fire. Your neighbor is sound asleep from a tough night shift. Do you just keep him and his family in your "thoughts and prayers" and HOPE the fire department gets there soon? Do you actually call the First Responders and wait? OR do you do go bang on your neighbors bedroom window to alert him and his family to get out quickly?

The last one is what God expects us to do FIRST, while calling for help, believe it or not.  We obviously had time to see the warning signs of a fire. What is stopping us from running and banging on the neighbor's window to wake him up and get him out of there? This is exactly what God told Ezekiel to do to even the enemies of God - warn them about the coming judgment.  If Ezekiel warns them and the wicked refuse to repent and turn to God, then Ezekiel is in the clear. He did his job.

If we were continue to tell people about God or even invite them to a Christian event (or church) where they could hear the Gospel and be on the road to salvation, and they do respond, our work will be rewarded on great and terrible Day of the Lord.

However, if the Lord, through the Holy Spirit, directs us to speak to someone or give them a free lunch or a gospel tract or even tell them a great God bless you in the long line at the Grocery Store, and we refuse because "this is NOT our job, but the preacher". Then this person will suffer huge loss on Judgment Day. The Apostle Paul says this person will be saved only, with no reward. In fact, God has said that (in Verse 18 above) He will hold us accountable.

Do we really wish to take this chance and only slide into Home Plate? Don't we want to head up standing up with all arms high in the air, in a sign of victory and praise?  This can be easily remedied - simply go against the prevailing lazy Christian mindset and do as Charles Spurgeon, the Prince of Preachers once said. Spurgeon once said, "gentlemen, do something....DO SOMETHING"! That something is to have a Biblical Worldview - and do what that means.
Posted by The Bernie Lutchman Blog at 11/27/2017