NOW, FAITH IS: PART 3 - "WE BELIEVE THE INVISIBLE..THE INVINCIBLE...THE INEVITABLE" 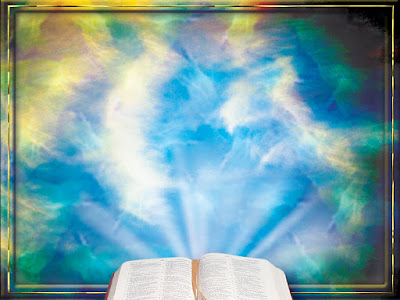 By faith we understand that the universe was created by the word of God, so that what is seen was not made out of things that are visible (Hebrews 11:3)
It takes more faith to be an atheist than it does to be a bible-trusting and believing Christian, or follower of Jesus Christ.

As an example of inconsistency and worldly folly, let us take the example of the iPhone. It took the Apple Corporation and Steve Jobs, its co-creator, years to come up with a small hand-held computer with and App on it that functions as an actual phone. The majority of the iPhone is a combination of camera, computerized chips which communicate with satellites and applications which bring in all kinds of social media…and more. All of this required fine detailed work of sometimes years, from technicians and high end computer programmers. Not one thing was released that did not past quality control and specifications. Even after the units go public, constant work has to be done by the Apple programmers and techs to maintain their iPhones and their operating systems. Modern men will pay such intense details to these sort of things, but the things which really matter – human life, nature, the galaxies and universe in addition to all matters concerning daily life on planet earth.

Romans 1:18-23 says the following "For the wrath of God is revealed from heaven against all ungodliness and unrighteousness of men, who by their unrighteousness suppress the truth. For what can be known about God is plain to them, because God has shown it to them. For his invisible attributes, namely, his eternal power and divine nature, have been clearly perceived, ever since the creation of the world, in the things that have been made. So they are without excuse.

For although they knew God, they did not honor him as God or give thanks to him, but they became futile in their thinking, and their foolish hearts were darkened. Claiming to be wise, they became fools, and exchanged the glory of the immortal God for images resembling mortal man and birds and animals and creeping things.

We, who are embedded into the Kingdom know the Truth about Creation. Even if the mechanics are not available to be shared, on this side of Glory, the Holy Spirit within us testifies to the Author of Creation - Yahweh - Jesus, the Son of God. Anyone who denies these Truths, will do well to consider the passage from Romans 1:18-23 and ponder the Coming Day of The Lord, when all will be judged and answered.
Posted by The Bernie Lutchman Blog at 6/14/2017