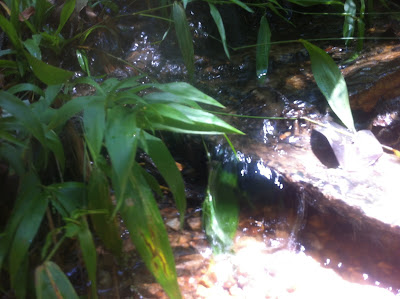 "Indeed, has God said...." (Genesis 3:1b)
We westerners are prone to appropriate nice sounding Bible verses, in order to make them mean whatever we think they should mean. The more incredible of these verses become marketing sensations on t shirts, plaques, key chains, mugs, bumper stickers and more.  Even non-believers may find these items appealing and purchase them to use. In fact, non-believers and the majority of Christians all have the same favorite verse. (That verse is Matthew   “….judge not less ye be judged”...more on that, next post.)

Ignoring the strange humor of an atheist, agnostic or professing Christian quoting the King James Bible, is there any basis in truth for the potential misuse of a portion of a verse or passage? Human beings, including even those of us who are Biblically grounded, are error-prone. That is to be expected since only God is perfect. However, intentional misuse of Scripture began the Fall of Man and brought sin into this world. So for the next several posts, we will look at some of these more prominent verses, with an eye to discerning if their usage in modern times is appropriate, or hopelessly out of context.

Here is the first misquote of all time and the Greatest Lie ever told. This is the Lie not just heard around the world, but one that ricocheted into Heaven, thereby causing the Son of God to stop off the Eternal Throne of Heaven and give His Life on a Cross. The Lie led to the Lord leaving Heaven and lowering Himself, in order to lay waste Lucifer and his schemes of death.

WHAT LUCIFER SAID THAT GOD SAID:
Genesis 3:1-5 - Now the serpent was more crafty than any beast of the field which the Lord God had made. And he said to the woman, "Indeed, has God said, 'You shall not eat from any tree of the garden'?" The woman said to the serpent, "From the fruit of the trees of the garden we may eat; but from the fruit of the tree which is in the middle of the garden, God has said, 'You shall not eat from it or touch it, or you will die.'" The serpent said to the woman, "You surely will not die! For God knows that in the day you eat from it your eyes will be opened, and you will be like God, knowing good and evil.

WHAT GOD ACTUALLY SAID:
Genesis 2:15-17 - Then the Lord God took the man and put him into the garden of Eden to cultivate it and keep it. The Lord God commanded the man, saying, "From any tree of the garden you may eat freely; but from the tree of the knowledge of good and evil you shall not eat, for in the day that you eat from it you will surely die."

HOW DEVIOUS WAS THE LIE? READ:
The devil, very slyly twisted the direct command from God here: ""Indeed, has God said...."
The first instilling of doubt or manipulating the Word of God is this "you know God didn't really say that and what I THINK it really means is (fill in the blanks)!" Unfortunately, the majority of this world - both Christian AND non-Christian do NOT believe the accurate, literal Word of GOD to be true, so they buy any allegorical interpretation as "truth" when the opposite is true.

Allegory is a personal "interpretation" of what a person "thinks" another said where self-opinion drives the message rather what the document or the literal truth is. Sadly, almost all mainline protestant and other liturgical traditions treat the Bible as a fable of moral or inspiring stories only, rather than the inspired God-breathed Word direct from Heaven. The modern evangelical and mega-church movements have also strayed mightily, just like the rich Laodecian church of the Book of the Revelation, which had the facade of being followers of Jesus Christ, but not the heart and commitment necessary for this to be true.

Allegory is basically untruth....or the Big Lie. It detracts from the True Message of sin, the human condition and the repentance or turning from that sin.
Allegory, the Big Lie, belittles the Spirit of God Who hovered over the unformed planet and spoke both directly from Heaven or through His prophets.
Allegory disparages the King of Heaven, Who stepped off the Throne and did not consider His equal status with God the Father, a thing to be grasped, but humbled Himself in the form of a man. He did this to teach, submit to the Will of the Father ("But Mine, but Thine will be done") and was nailed to a horrid Cross to die and rise again that we may live.
Allegory distances us from the plain-speaking, honest and loving GOD Who wishes to have relationships with His created children by saying to THESE SAME CHILDREN - YOU AND I - THE SAME THING SATAN SAID TO EVE "Indeed has God said....?"
Allegory destroys the Road to Salvation for all who follow and preach it.

This is the Biggest Lie mankind has ever listened to and bought. This Big Lie, from the serpent who launched Allegory as acceptable to teach the Word of God, will lead and has led, untold billions into eternal separation from God and Heaven. Do not be caught in that trap. God has always spoken in simple terms. He all the work Himself. All any human has to do is receive and believe, because it is by the Grace of God we are saved, through Faith and Forgiveness.

(Photo taken of a stream high atop Pine Mountain, Georgia)
Posted by The Bernie Lutchman Blog at 6/25/2017