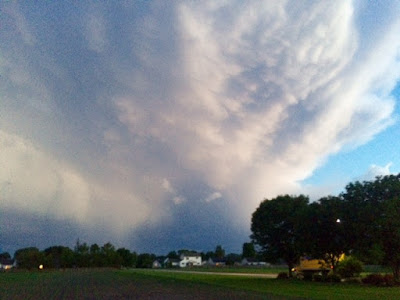 "Now faith is the assurance of things hoped for, the conviction of things not seen" Hebrews 11:1
There has never been a more hopeless time, for most people, as it is right now – this day and age. Apparently no age group is exempt. However, it appears that the current crop of young people thirty years old and younger are the most lost, directionless and hopeless. We can point fingers at who is responsible, but the underlying cause is still a lack of Faith.

The current preponderance of Fear, a tool of the evil one of old (the devil), has accomplished its set purpose – the act of driving most of this world away from Holy God! The majority today mock God. They put every other thing else above Him. Even professing Christians are some of the leaders in this Fear Factor which distances from Faith and the Father from the Flock. The statistics do not lie. Over 90% of youth leaving North American colleges leave their “faith” behind. Only 4% of millennials have a Biblical worldview. Adults are not much better. Only 10% of adults have a Biblical worldview. These numbers are from the 2017 Barna Research survey which finds only 46% of Americans professing to be Christians. When these numbers are actually drilled down to who believes the Bible as the very Word of God, only 30 million of the 100 million souls calling themselves Christians are actually heaven-bound, born-again believers! This is both unbelievable and extremely scary.

Why is a Biblical Worldview important to Faith and does it mean that only 10% of adults are solid Bible-based Christians? What is FAITH anyway? Aren’t there many “faiths” so how can Christianity be the ONLY one?

1. A BIBLICAL WORLDVIEW - This is the belief, confirmed by the Holy Spirit of God Who lives in every true Christian that God is the Author of Creation. It is the belief that all 66 Books of the Bible are the inspired and inerrant Word of God, which speaks of the Power, Presence, Exclusivity and Holiness of the Great God of Heaven and that Jesus Christ, His only one of a Kind Son, is the Lord, Savior and Judge of all.  The Biblical Worldview holds that the devil is real and Salvation through Christ is the only way to Eternal Life in Heaven. The Biblical Worldview believes the Bible contain the very words of life, which are essential to daily living. Only 10% of Americans believe this and even less Canadians, Europeans and Brits. In the persecuted parts of the world, those numbers are flipped, wherever there are believers.

2. FAITH IS....the assurance of things hoped for, the conviction of things not seen. This is PURE Holy Spirit inspired Bible from Hebrews 11 and was written for people who were in trouble, fear and doubt just like today. It was written before the Roman General Titus completely took down Jerusalem in 70 AD. These were the first generations of Christians after the Resurrection of Christ who had lost both their Apostolic leadership, and by then, the Head of their great Church - James, the half brother of the Lord. They needed a reminder of their true hope. They needed encouragement. God gave them the Book of Hebrews.

But LOOK closer at what the Lord really said here:
NOW FAITH IS - In the original Greek language, the present tense active word "IS" literally connotes "BEING". It is where we get the phrases like "faith is" or "I AM....Who I am"!! When Jesus said in John 8:58 "Before Abraham was, I AM" He said "Ego Eimi" (I Am in Biblical Greek). When Jesus said in John 14:6 "I AM THE WAY, THE TRUTH and THE LIFE". The original words were "EGO EIMI".

Eimi is being...the state of being. Jesus IS, WAS and always WILL BE. He is also the foundations of Faith and Scripture - direct from God - tells us this Truth EXPLICITLY. When we as Christians, get this right - that our Faith IS all about AND IS Jesus, we are already winners.

Because we grasp the state of Being, that Faith/Jesus is, we have the Assurance or Hypostasis....an original Bible word which means we have legitimate standing to the Hope of Eternal Life! Here is the progression so far: Faith, being in Jesus, brings the true hope of Glory to our souls.and there is a valid legal covenant with Heaven for our final destination - Heaven

If there is a caveat in all of this, it lies in the word "CONVICTION" (Hebrews 11:1b) or "elegxos" meaning internal confirmation.Here is the one place we must take our stand, namely, that our Faith is Jesus and IN Jesus Alone.

3.   EXCLUSIVE FAITH - Christianity IS the only faith, in a sea of false narratives, systems and religions. Why? It is not just the false religions of no heaven or hell, or 300 million gods etc etc....it is the fact that no other "faith system" has the Foundation, a Man Who rose from the dead and was seen by 500 people in one city, in one month. Secondly, no other religion has as its core, the unique paradigm of Faith being both a Person and a belief and relationship with that same Person. This Faith is a relationship where the one who believes (us) enters into this eternal covenant with eyes wide open and our minds and intellect intact. Faith is Jesus, the Author, Perfector and Creator - the Great I Am, "Ego Eimi".
Posted by The Bernie Lutchman Blog at 6/01/2017