The PLUMBLINE bible teaching TV show has switched from the over the air
broadcast TV platform to an expanding by leaps and bounds Internet TV platform, which is available on ROKU and the worldwide web.  Plumbline was over the air (and streaming) on the Decatur, Illinois affiliate of theChristian Television Network- WLCF Channel 45 – for two years before switching to SOON Inspirations (now called barak.TV). 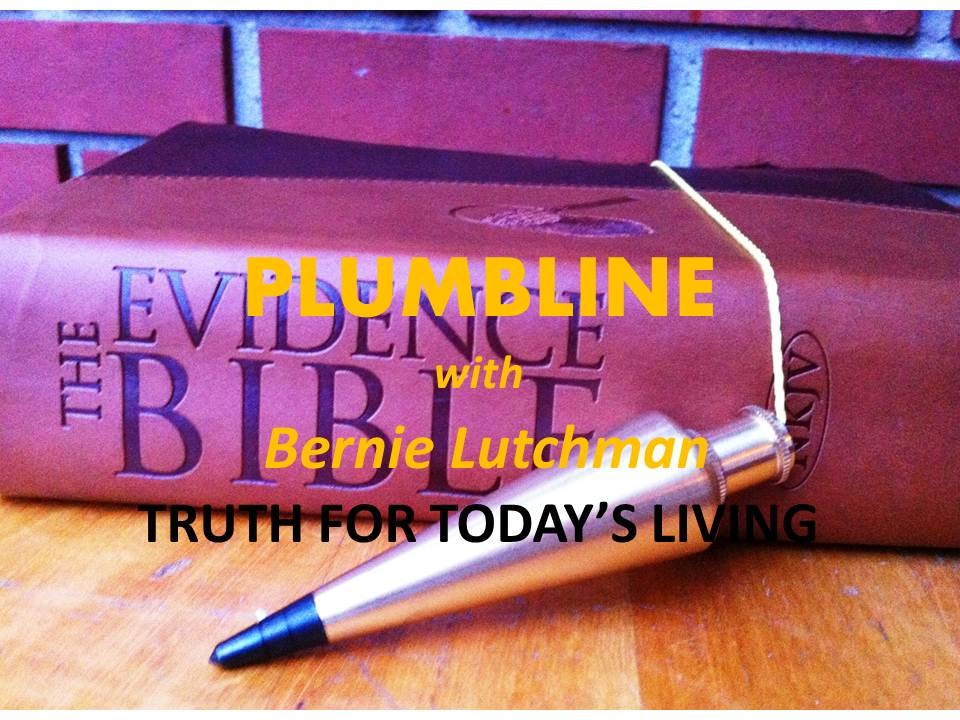 The word “barak” is not about the current American President’s first name, but is Old Testament Hebrew for “praise”.  The “praise” network is now within the reach of over 19 countries including Israel, a certain other Middle Eastern country, Brazil and elsewhere! This is the barak.TV website, which is still building up.

The reach of the former SOON Inspirations network, (now barak) is incredible and only a testimony to the Power and the Presence of the LORD in all of this. SOON was only fully launched three months ago, this September as the Bible Teaching side of the SOON Entertainment Network. Soon still exists as the wholesome subscription family entertainment internet TV network it set out to be. PLUMBLINE with Bernie Lutchman is one of the top three programs on the new barak.TV network along with network leader “CONTEMPORARY LIVING with Dr. Tim Henderson” and….. God Culture with John Naphor.

So what does PLUMBLINE really mean?  The word comes from another Hebrew word which means “plumb line”. The foundational Scripture which spoke this name to me was from  Amos 7:7-8 “Thus He showed me: Behold, the LORD stood on a wall made with a  plumb line, with a plumb line in His Hand. And the LORD said to me “Amos, what do you see?” And I said “A plumb line” Then the LORD said: “Behold, I am setting a plumb line in the midst of my people Israel; I will not pass by them anymore”. The PLUMBLINE video program below goes into more details about this.  The Plumb Line of which the LORD Jesus spoke, was used as an illustration of how he was going to hold the people of that time accountable…i.e. to see how they measured up against the Law of Moses and Prophets.

Today, we have the Word of God as dispensed from Heaven, via the Holy Spirit speaking through over 40 authors through 1500 years, and THAT is the plumbline for the Church Age of the last 2000 years. Every Christian, from the Roman Centurion at the Foot of Cross of Christ to Stephen to Polycarp and Clement; from the Disciples to Athanasius and Boniface; from John Hus and Luther to Wesley and Whitfield; from Peter Muehlenburg and Jonathan Edwards to Peter Cartwright,  Sheffey, DL Moody and Spurgeon; from Billy Sunday to Billy Graham and Franklin,  from  Ray Comfort and Ronnie Floyd and Byron Paulus to the smallest bible teacher in the underground church in the persecuted middle east and Asia …as well as us who put teaching on video across the world on the web – we will ALL be held up and measured just like the wall by Jesus and His Word – the Plumbline of Truth.

The Word of God is going to convict the World on Judgment Day and the same plumbline of Truth, the Logos – the Bible – will be the measuring line of Divine Justice. While this perishing world does not believe in the God of the Bible and while their minds cannot wrap itself around it, their pretending it does not matter or exist does not change the reality of that Coming Day. Our part, as followers of the Word and the Word Who became flesh (the Lord Jesus) is to learn what it says, so we can do what it says, so when we hear what He says as we stand before Him, at the Bema Seat for Rewards, we will not be ashamed,  but glory in the fact that our works passed the refining fiery test of Christ.
Posted by The Bernie Lutchman Blog at 11/27/2014