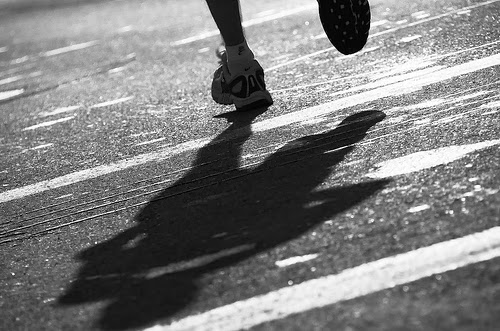 These six things the Lord hates,
Yes, seven are an abomination to Him:
A proud look,
A lying tongue, hands that shed innocent blood,
A heart that devises wicked plans,
Feet that are swift in running to evil,
A false witness who speaks lies,
And one who sows discord among brethren
Proverbs 6:18-19

The most famous verse in Scripture about “feet” is most uplifting. The Word says from Isaiah 52:7 “How beautiful upon the mountains are the feet of him Who brings good news, who announces peace and brings good news of happiness,  who announces salvation….and says to Zion “Your God reigns!” These are the feet, which are when shod in the shoes of the Gospel (the part of the Armor defined in Ephesians 6:  ), brings the approval of the Lord.

So, what brings the abhorrence of about “feet”? What does the Lord mean by. “feet that are swift in running to evil”! Some English translations use the word “mischief” here for evil.  (The dictionary describes the word “mischief” as injury or damage caused by the actions of somebody or something.)

The  perpetrators of this mischief? Well, they are evil men and women!
When a man or woman run to commit sin, they rob God of worship and honor.
When a man or woman commit crimes, say, like Bonnie and Clyde – they’re swift to run to evil.
When they rendezvous, while married to other people, they’re swift in running to evil. When we gossip and carry news from place to place which hurts another, we’re swift in running to evil.

In Isaiah 59:1-8, the Lord describes all the very thing He abhors - evil committed with through the hearts and hands of men:
"Behold, the LORD'S hand is not shortened, that it cannot save; neither his ear heavy, that it cannot hear:
2 But your iniquities have separated between you and your God, and your sins have hid his face from you, that he will not hear.
3 For your hands are defiled with blood, and your fingers with iniquity; your lips have spoken lies, your tongue hath muttered perverseness.
4 None calleth for justice, nor any pleadeth for truth: they trust in vanity, and speak lies; they conceive mischief, and bring forth iniquity.
5 They hatch cockatrice' eggs, and weave the spider's web: he that eateth of their eggs dieth, and that which is crushed breaketh out into a viper.
6 Their webs shall not become garments, neither shall they cover themselves with their works: their works are works of iniquity, and the act of violence is in their hands.
7 Their feet run to evil, and they make haste to shed innocent blood: their thoughts are thoughts of iniquity; wasting and destruction are in their paths.
8 The way of peace they know not; and there is no judgment in their goings: they have made them crooked paths: whosoever goeth therein shall not know peace"...

There it is in verse 7 ""Their feet run to evil and they make haste to shed innocent blood"....but these actions are just the outflow of the rest of that verse. Their corrupt hearts and minds (their thoughts are thoughts of iniquity) cause destruction all around them. We see this all over the world in the various genocides and civil wars of aggression. Wars and rumors of wars....evil just cannot help itself. It must find its own level.

Just in case you thought I only quote "Old Testament",  the Apostle Paul repeats and doubles down in Romans 3:10. He says "As it is written, There is none righteous, no, not one:
11 There is none that understandeth, there is none that seeketh after God.
12 They are all gone out of the way, they are together become unprofitable; there is none that doeth good, no, not one.
13 Their throat is an open sepulchre; with their tongues they have used deceit; the poison of asps is under their lips:
14 Whose mouth is full of cursing and bitterness:
15 Their feet are swift to shed blood:
16 Destruction and misery are in their ways:
17 And the way of peace have they not known:
18 There is no fear of God before their eyes.

The Apostle Peter continues this teaching because God wants us to run AWAY with feet shod in the Gospel recognizing what 1 Peter 4:3 says (For we have spent enough of our past lifetime in doing the will of the Gentiles–when we walked in lewdness, lusts, drunkenness, revelries, drinking parties, and abominable idolatries) so we would not "run with them in the same flood of dissipation, speaking evil of you" (verse 4). Because we "will give an account to Him who is ready to judge the living and the dead" (verse 5).

In light of what Scripture says to convict us of our folly and iniquity, let us run the race set before us like our Savior. He never sinned and even in the face of persecution, saw the Joy that was set before Him. He finished His race, so that we may do the same. Let us resolve to have final words like Paul who said in 2 Timothy 4:7 "I have fought the good fight, I have finished the race, I have kept the faith" Paul finished HIS race without losing his faith. Let us resolve to do the same.

Finally, let us then stand on Hebrews 12:1-2 "Therefore we also, since we are surrounded by so great a cloud of witnesses, let us lay aside every weight, and the sin which so easily ensnares us, and let us run with endurance the race that is set before us,  (2)  looking unto Jesus, the author and finisher of our faith, who for the joy that was set before Him endured the cross, despising the shame, and has sat down at the right hand of the throne of God".
Posted by The Bernie Lutchman Blog at 2/07/2014