BIGGEST COMMA IN THE HISTORY OF MANKIND, PART 1

Jesus Christ's first foray into His public ministry is recorded in Luke 4:18-19 KJV where, in one short passage, He gives the entire purpose for this First Appearance on this earth! The Mission He was on, as decreed by the Father in Heaven, is summed up in this one powerful statement:
“18 The Spirit of the Lord is upon me, because he hath anointed me to preach the gospel to the poor; he hath sent me to heal the brokenhearted, to preach deliverance to the captives, and recovering of sight to the blind, to set at liberty them that are bruised,
19 To preach the acceptable year of the Lord.”

Most bible-reading folks alive on the earth understand that Jesus was quoting directly from the Book of the great prophet Isaiah Chapter 61 and verses 1-2a! What most Christians....and everyone else, do not glum on to, is the reason He stopped halfway through verse 2 and put down the scroll of Isaiah!

This Bible teaching, in the video teaching from my PLUMBLINE TV show, explains it fully, but just briefly here is the reason and the explanation:
Isaiah 61:2A: "To proclaim the acceptable year of the Lord," (FIRST COMING)
Isaiah 61:2B: "and the day of vengeance of our God" (JUDGMENT IS COMING!)

That comma after the word "LORD" in verse 61a, is the longest comma in Human History! It 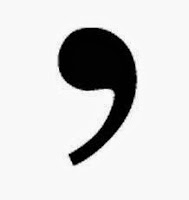 GOD'S THIRTEEN INDICTMENTS AGAINST ALL MANKIND
Why is there going to be a Judgment Day? Because God has a problem with Sin and the Rebellion of man, since before the Creation, when Lucifer fell from grace. In fact, He has a series of Indictments against ALL of us and those charges will be aired in God's Courtroom on that great and terrible day. The world will have no answer and no Advocate standing for them, before the Holy Father in Heaven. The Christian, because He has repented, found forgiveness and given Faith in the Lord Jesus, as Savior, has Him as our Advocate. The following are the list of Indictments which will be this discussed in this program and then Part 2:
Romans 3:10-18

10 as it is written:
“None is righteous, no, not one;
11     no one understands;
no one seeks for God.
12 All have turned aside; together they have become worthless;
no one does good,
not even one.”
13 “Their throat is an open grave;
they use their tongues to deceive.”
“The venom of asps is under their lips.”
14     “Their mouth is full of curses and bitterness.”
15 “Their feet are swift to shed blood;
16     in their paths are ruin and misery,
17 and the way of peace they have not known.”


GOD BLESS AMERICA AND HIS PEOPLE!