WHY WE BLESS THE LORD, PART 2 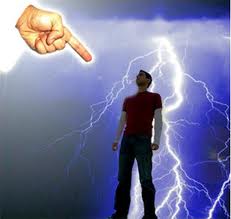 Today, we need to key in on one major fact about God - and this should be a HUGE reason to Bless the Lord! In fact, if we don't bless Him big time about this, we don't deserve anything else.

Of course it is not good enough...in fact, that kind of philosophy is called "religion" and it is the same evil that has been perpetrated against God since Nimrod built the Tower of Babel and created every false and evil thing, only a few hundred years after God destroyed the earth with the Great Flood - for the same reason!

So unless we are truly blinded, as most people are, we need to recognize this Truth - THE LORD IS MERCIFUL AND GRACIOUS, SLOW TO ANGER AND ABOUNDING IN MERCY! America is a corrupt and godless country which has sown the wind by the kind of leaders they elect; the evil culture they worship and their ungodly lifestyles we have. We deserve the Backhand of God slapping this country around from one side of the ocean to the other. Yet He is holding back! He is holding back! Not for much longer, but God is holding back some bad stuff, for the time being. For that reason alone, we should BLESS THE LORD, oh my soul!

PSALM 103: 6-10
The Lord executes righteousness
And justice for all who are oppressed.
7

He made known His ways to Moses,


His acts to the children of Israel.
8

The Lord is merciful and gracious,


Slow to anger, and abounding in mercy.
9

He will not always strive with us,


Nor will He keep His anger forever.
10

He has not dealt with us according to our sins,


Nor punished us according to our iniquities.

Email ThisBlogThis!Share to TwitterShare to FacebookShare to Pinterest
Labels: bless the lord oh my soul, corrupt, merciful and gracious and slow to anger, nimrod, religion, the backhand of god, the eyes of god, tower of babel