#THE BIBLE SERIES HITS FIRST HOME RUN OF THE SEASON 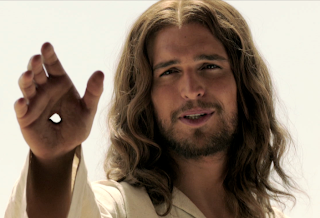 History/Lifetime TV channel Series on THE BIBLE. Since it took the world by storm on March 3, 2013 and now with a combined viewership of almost 100 million, #TheBible mini series has stirred passions on all sides of the political/social and religious spectrum.

The fifth and final two hours of the excellent Burnett/Downey production shook even the heartiest strong-willed Christian to the core with its authentic depiction of the trial/persecution and murderous execution of the Savior of the World - Jesus Christ.  The feedback from all social media and random conversations, even from non-Christians, was stunning. They all said, to a person, that they had never looked at the Crucifixion of the Christ as it was portrayed (albeit less bloody than Passion of the Christ) and it shook some - male and female - to the point of tears! 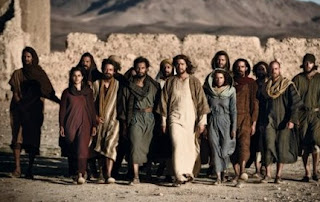 It is also the first Bible-based program which accurately explained what happened on Pentecost when the Holy Spirit, like a mighty rushing wind, caused the gathered 120 to start speaking in "tongues" - as in other known languages! That was the best illustration of what speaking in tongues really means - something that brings revelation to another person from the Mind of God. Each Jew gathered from different countries, understood the Gospel in their own language - from Spanish and Arabic to Latin! The quick look at the birth and growth of the Christian Church; the story of Paul and Peter and the final book of the Bible - Revelation with its Promise, were handled beautifully.

I spoke to a gentleman who indicated which many people - INSIDE the church - do not know - the story of the Disciples. The Bible records the fate of a few, but most North American christians have no clue that all of Jesus' Disciples were persecuted and all killed for His Sake, except John - who lived to write about the Coming Apocalypse (Revelation). I recommend reading FOXE's Book of Martyrs for free HERE!

For all its obvious textual errors (Jesus going into Lazarus' tomb instead of calling him out as He did in the Scripture....or Nebuchanezzar in a dungeon instead of grazing on the grass like an animal etc).....this low budget/high tech production was obviously a work of love and devotion. Given the high costs of location filming (Morocco) and just everything else, it was a miracle all of these 10 edited hours occurred within budget! There was nothing to waste, according to the producers.

So what shall we make of this, now that Passions, Emotions and Knowledge have been stirred up. Passions and emotions fade. Therefore, what remains is Knowledge. In a corrupt, biblically-illiterate and lost world, this THE BIBLE series matters a whole lot. One significant bit of knowledge which all those who were exposed to God's Word for the first time with this series, is that we have the Word of God - THE BIBLE - because of Sin.
It is the only book in human history with a future expiration date.
It is the only book, with one continuing story, written by 40 different authors over 1600 years!
It is the only book which has the flavor and style of the human transcribers who were given that Grace by the Spirit of God inspiring them on what to write.
It is the only book which shows the Total Depravity of man and why he/she needs a sinless Savior.
It is the only book with the promise of eternal life, where the One True God of Heaven gives grace and love to the humble, resists the proud and does not require good works to get into Heaven, because He sent His Only Son to accomplish that mission.
It is the only book with one requirement to spend eternity with that Holy God - seek peace and reconciliation with Him, through true sorrow about our sins and the life we've been living and then look to Jesus, the Author and Perfecter of our Faith, Who for the Joy set before Him, endured the Cross. Look to Jesus, trust in Him, put your faith in Him, commit your life to Him and let the Holy Spirit Whom He then gives you - lead you into all truth and righteousness! 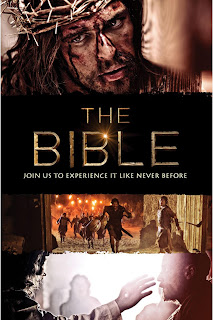 This is the message which THE BIBLE, in form and in this series, has brought one last time to this evil and perishing America. I choose not to address the many critics, including those who on my side of the conservative Reformed aisle, who have insulted not just me but even the Bible (by calling what this show was doing "bovine excrement")!! They will answer to God for that.  I choose to see the Love of God and the fruit and the open door to witness to more and more and more people, who have seen the Biblical narrative from start to end over 5 weeks (and now on cheap DVDs at Walmart etc) FOR THE FIRST TIME EVER!

There is no preacher in America who could have explained the Babylonian Exile, Cyrus, Daniel and the beginnings of our modern church, as this series did. NONE! To a generation with the attention span of a flea, this was solidly golden! So as we get into Spring and the 2013 baseball, I use America's old pastime's analogy - baseball - to say that America's Only Hope - the Word of God (both the Bible and Christ) through this wonderful TV series by Mark Burnett and his wife Roma, hit the first home run of the season!
Posted by The Bernie Lutchman Blog at 4/03/2013