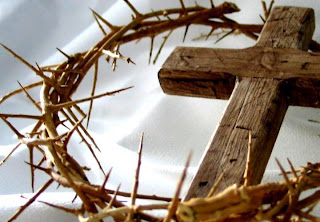 On the surface, that headline carries a strange question! But is really? I was studying the Book of Ecclesiastes recently and in Chapter 2,  the "Preacher" - King Solomon - expounds pleasure. This led me to a study of the philosophy of Epicureans. The comparison with King Solomon and 21st Century America is uncanny! Solomon in his corrupt heyday did what was right in his own eyes, just like people today. He was the ultimate Epicurean.

Now, there is a misconception that Epicureans believe only in "wine, women and song".....or "eat, drink and be merry because tomorrow we die" and many carnal christians themselves believe and practice that lifestyle. Unfortunately, this included one of the most liked of America's Founding Fathers and most famous author of the American Declaration of Independence - Thomas Jefferson.

Contrary to creative historian David Barton, Jefferson was not a born-again Christian but a legitimate Epicurean libertine and Exhibit A of the current decline of America to where it is heading today- downhill with no brakes! Why would I, a born-again believe and support of the Founding Documents of the Greatest Country ever created by man make such a statement? Well, let's read what Jefferson wrote in the Declaration of Independence "We hold these truths to be self-evident, that all men are created equal, that they are endowed by their Creator with certain unalienable Rights, that among these are Life, Liberty and the pursuit of Happiness (Paragraph 2)

There it is - "THE PURSUIT OF HAPPINESS"! Thomas Jefferson did NOT proceed to say that the Pursuit of Happiness is because of the gospel of Jesus Christ or the pursuit of the God of the Bible. But Jefferson did say this phrase IMMEDIATELY following his statement on the "pursuit of happiness" - "That to secure these rights, Governments are instituted among Men, deriving their just powers from the consent of the governed, --That whenever any Form of Government becomes destructive of these ends, it is the Right of the People to alter or to abolish it, and to institute new Government, laying its foundation on such principles and organizing its powers in such form, as to them shall seem most likely to effect their Safety and Happiness.

There it is! Unless Jefferson's love of the word "Government" is the original Biblical Greek word for "God", the Founding Father and creator of a modern US political party is guaranteeing that "safety and happiness" comes from government! This is typical Epicureanism where this philosophy's true belief was not just hedonism but a painless concept of "happiness" and metaphysical pleasure as the greatest good!!

Is this what God - in the Form of The Son - JESUS CHRIST - died for on Good Friday almost 1980 years ago? Did the Creator of the Universe, the Ancient of Days, Who poured Himself out and humbled Himself and let corrupt politically corrupt religious leaders persecute, torture and execute Him on a Cross...did THAT GOD do ALL of this so that we should pursue our happiness as one man...sure he was a founding father,  etched in stone? Did Jesus DIE in Vain?

The answers to all of the above is of course, NO. The Lord Jesus gave His Life, as part of the eternal plan of God to rescue mankind from itself and restore him/her to a right relationship with Him. As we reflect on the Passover and Good Friday, on the Holiest week for both Jews and Christians, never lose sight of this.

We have so-called men and women of God - from pastors of "evangelical" and African-American churches falling all over themselves to endorse a Biblical oxymoron "gay marriage". We have young so-called "christians" in colleges like Biola, Wheaton and in America's megachurches not just thinking it is okay, but compartmentalizing God and secular culture so they can support the new trends AND be pro-choice on Abortion, while acting like a fool with their hands in the air to some loud praise band with their theological pants on the ground. None of these people could hold a candle to Pastor Saeed and others in the worldwide persecuted church...and in fact these same clergy and young "christians" will face the Wrath of God on Judgment Day.

The Cross is the great Divide. When the Lord Jesus gave up His onetime earthly life and said "IT IS FINISHED" - it WAS finished...and decided once and for all. Jesus is called The Word many times in the Bible...and He is deadly SERIOUS About His Word. He said so (every jot and tittle). That includes not just everything from Genesis 1 to Revelation 22, but every syllable of every letter in between. Those religious types from the pharisees of the Sanhedrin; to the liberal clergy of North America to young "christians" playing church with their lattes and smart phones will be held to account for crucifying the Son of Man again and again and again with their heresies.

The Cross is the great Divide. The Pursuit of Happiness is not the problem, the means to it is. If the "Joy of the Lord" is your strength, we are on the right side of the Cross. If our happiness and pleasure are found in the things of and created by man and his corrupt culture, we ARE on the WRONG side of the Cross. So there really is a choice.

The Choice is - do we choose the fleeting happiness of the world, which comes with bondage and chains to a captive philosophy OR do we choose today "to be with Him in Paradise"? You see, it really does come down to which side of the Cross you are on. As for me and my house, we will choose the Lord.  This fleeting life is measured in terms of what others say about you for 10 seconds on some news cast when it should be marked with the Seal of Approval from the Only One Who matters - Jesus Christ. Your happiness and mine should be defined by our repentance and acceptance and confession of Jesus Christ as Lord and Savior (Romans 10:9).

THAT SHOULD BE OUR PERSONAL DECLARATION OF INDEPENDENCE...BECAUSE IT IS THAT WHICH HAS SET US FREE AND LOOSED US INTO THE ETERNAL KINGDOM....NOTHING ELSE. THIS IS WHAT THE CROSS SHOULD MEAN TO US - AMONG OTHER THINGS - IT SHOULD BE A SYMBOL OF OUR FREEDOM FROM THE CAPTIVITY OF SIN....AND A PROMISE OF TRUE JOY AND HAPPINESS IN THE COMING ETERNAL KINGDOM, IN JESUS' NAME, AMEN.
"It was for freedom that Christ set us free; therefore keep standing firm and do not be subject again to a yoke of slavery.....Galatians 5:1 (NASB).

Email ThisBlogThis!Share to TwitterShare to FacebookShare to Pinterest
Labels: choice, corruption, crucifixion, culture, declaration of independence, epicurean, Jesus Christ, pursuit of happiness, thomas jefferson, which side of the cross you are on