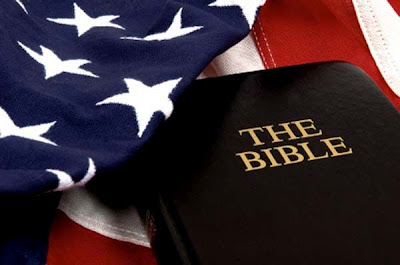 It seems as if a lot of bad things happen to America in September. It is almost as if September is the hangover from summer madness. We all know about September 11, 2001. However in September 1856, the signs were all around the developed cities. New York City was already the financial capitol of the world.  Exhibits A to Z are thus: the economy and accompanying social decline were picking up speed. Bankruptcy was high and morale was low. Most (obviously not all) preachers were just as ineffective as they are today and fast becoming irrelevant. Many of them had predicted doom and gloom and the end of the world which never happened. Politicians were just as horrible as they are today and unemployment just as high as 2012. Civil War talk was in the air. America was in a bad place. The enemy was domestic.

With this background, 156 years ago, a humble employee of the North Dutch Reformed Church named Jeremiah Lanphier, was given a vision by the LORD GOD, to call many to prayer. He wrote up a flyer inviting people to a prayer meeting in the church consistory on Fulton Street - anyone who could come. The prayer meeting was just that - an hour of prayer from noon to 1pm. The flyer indicated the room was open to anyone from the store clerk to the business owner. On the first day of the prayer meeting - September 23, the first man showed up at 12:30pm. Finally 6 men showed up and they prayed. There was no preaching or worship band or hysteria or... you name it. Just quiet humble prayer as the Lord delights in it. Weeks later, the numbers had doubled and tripled.

Finally on October 10, the New York Stock Exchange crashed. Did you know that 10,000 immediately showed up for the noon prayer meeting called by Lanphier on Fulton Street?! They had run out of space on Fulton Street, so the prayer meeting expanded across the street to the larger John Street Methodist Church...then all over New York City....and then Chicago, Philadelphia, Louisville (Kentucky) and so on! This led to the greatest Revival ever in America - the Third Great Awakening. There has been nothing like it since, and it began with one layman, like you and I, who was used by God.

America has lost its way and does not even turn to God in evil and terrible times as we have seen this week. There is no righteous, moral or faithful leadership. We have the best and fastest of social networking and instant media, yet most who are called by God to be the leaders of the church are not proclaiming "THUS SAYETH THE LORD" or calling for National Prayer Meetings or Fasting as President John Adams once did when the hounds of hell were nipping at our heels. If the preachers and pastors of America (except for the few we see standing up now and speaking for Religious Liberty and how to live or even, vote like a Christian) would rather play church and lose their credibility just like the preachers of September 1856, then you and I have to do it.  The wonderful thing is, there is nothing to it. All we need is a Bible, a quiet room and a love for Jesus and the Lost! Are you ready?

Here is the rest of Psalm 35. Choose the verse, or the verses of the passage which Holy Spirit custom fits to YOUR calling as a His Prayer Warrior, then press in. I see several which appear to match up with the situation in America today - terrorism, moral and religious crisis and more. Our enemies are not just the islamic terrorists, but even worse than them are the enemies from within....the kinds we have allowed because of our own sin of sloth, laziness and unfaithfulness to God. The only remedy is Repentance and Restoration. Here is Psalm 35 (NKJV) in full. Therefore, place names in the appropriate verse, in place of personal pronouns. This will not alter the inerrant word of God:


35 Plead my cause, O Lord, with those who strive with me;
Fight against those who fight against me.
2 Take hold of shield and buckler,
And stand up for my help.
3 Also draw out the spear,
And stop those who pursue me.
Say to my soul,
“I am your salvation.”
4 Let those be put to shame and brought to dishonor
Who seek after my life;
Let those be turned back and brought to confusion
Who plot my hurt.
5 Let them be like chaff before the wind,
And let the angel[a] of the Lord chase them.
6 Let their way be dark and slippery,
And let the angel of the Lord pursue them.
7 For without cause they have hidden their net for me in a pit,
Which they have dug without cause for my life.
8 Let destruction come upon him unexpectedly,
And let his net that he has hidden catch himself;
Into that very destruction let him fall.
9 And my soul shall be joyful in the Lord;
It shall rejoice in His salvation.
10 All my bones shall say,
“Lord, who is like You,
Delivering the poor from him who is too strong for him,
Yes, the poor and the needy from him who plunders him?”
11 Fierce witnesses rise up;
They ask me things that I do not know.
12 They reward me evil for good,
To the sorrow of my soul.
13 But as for me, when they were sick,
My clothing was sackcloth;
I humbled myself with fasting;
And my prayer would return to my own heart.
14 I paced about as though he were my friend or brother;
I bowed down heavily, as one who mourns for his mother.
15 But in my adversity they rejoiced
And gathered together;
Attackers gathered against me,
And I did not know it;
They tore at me and did not cease;
16 With ungodly mockers at feasts
They gnashed at me with their teeth.
17 Lord, how long will You look on?
Rescue me from their destructions,
My precious life from the lions.
18 I will give You thanks in the great assembly;
I will praise You among many people.
19 Let them not rejoice over me who are wrongfully my enemies;
Nor let them wink with the eye who hate me without a cause.
20 For they do not speak peace,
But they devise deceitful matters
Against the quiet ones in the land.
21 They also opened their mouth wide against me,
And said, “Aha, aha!
Our eyes have seen it.”
22 This You have seen, O Lord;
Do not keep silence.
O Lord, do not be far from me.
23 Stir up Yourself, and awake to my vindication,
To my cause, my God and my Lord.
24 Vindicate me, O Lord my God, according to Your righteousness;
And let them not rejoice over me.
25 Let them not say in their hearts, “Ah, so we would have it!”
Let them not say, “We have swallowed him up.”
26 Let them be ashamed and brought to mutual confusion
Who rejoice at my hurt;
Let them be clothed with shame and dishonor
Who exalt themselves against me.
27 Let them shout for joy and be glad,
Who favor my righteous cause;
And let them say continually,
“Let the Lord be magnified,
Who has pleasure in the prosperity of His servant.”
28 And my tongue shall speak of Your righteousnessAnd of Your praise all the day long.