SERIES ON PRAYER: BE PERSISTENT IN PRAYER 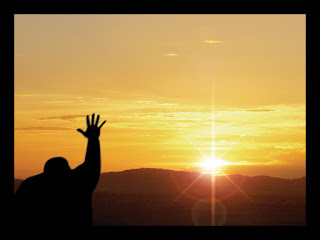 Now He was telling them a parable to show that at all times they ought to pray and not to lose heart, saying, “In a certain city there was a judge who did not fear God and did not respect man. There was a widow in that city, and she kept coming to him, saying, ‘Give me legal protection from my opponent.’
For a while he was unwilling; but afterward he said to himself, ‘Even though I do not fear God nor respect man, yet because this widow bothers me, I will give her legal protection, otherwise by continually coming she will wear me out.’” And the Lord said, “Hear what the unrighteous judge *said; now, will not God bring about justice for His elect who cry to Him day and night, and will He delay long over them? I tell you that He will bring about justice for them quickly. However, when the Son of Man comes, will He find faith on the earth?” (Luke 18:1-8)


Several years ago, I remember asking Pastor M.B. if he would join the National Day of Prayer Service I have led, for over a decade, as one of the six prayer leaders. I had run into him at Sam’s Club and basically just stood there waiting for a reply. He told me he had to pray about it, which was okay. So, I kept standing there for another minute, or so. Finally, I said “you done praying yet?!” He just laughed and said “sure”. He still has a story about that incident and what happened after he finished praying. A gentleman I had invited, who is from another religion, was so impressed by Pastor M.B. that he made a financial donation right there, after the service.

This is not the same thing as the account Jesus gave of the persistent woman from Luke 18, in the passage above. However, the principle remains the same. Jesus told of  the poor aggrieved woman who was seeking any form of relief from a judge, who not only hated the Lord, but in her culture, also treated women like second class citizens. Yet, she looked past the lack of any positive response and kept asking.

This is the very essence of persistent prayer. This is what the Lord is teaching us. Many Christians, most in fact, say they will pray about a situation.

Many times the answer is a long silence. Should we give up? Too many of us do. Unlike the unjust atheist judge in the story Jesus told, our Father Who art in Heaven loves, cares for and only wants the best for us. Even the most diligent believer faces these trying moments where our faith is tested and our integrity as Christ followers revealed.

Even John the Baptist, when he was depressed in Herod’s prison, while knowing his natural cousin Jesus was God, sent his messenger to ask Jesus if He was truly who He said He was. Some doubting is okay. Walking away from God because He is not an ATM Spiritual cash machine is not okay. Big faith, big prayer. Little faith, little prayer.

Colossians 4:2 (Devote yourselves to prayer, keeping alert in it with an attitude of thanksgiving) tells us to be:
1. Persistent In Prayer
2. Stay focused and pray with intent
3. Cling to the Father and never let go. He is the  Only source of our very breath.
4. While asking daily for a variation of the same prayer request, please be grateful to God. Remember to give thanks to the Lord. It is ungodly to take His blessings and never be full of humility and gratitude.
5. While persisting or never giving up in prayer remember the Bible teaches about it. Psalm 88:13 says “Oh Lord I cry out to you! I will keep pleading day by day.”

God hears our prayers. He knows our hearts and if we are rightfully His. For encouragement today, as we press on and pray without ceasing, regardless, let us rest on the words of 1 John 5:14-15 “This is the confidence which we have before Him, that, if we ask anything according to His will, He hears us. And if we know that He hears us in whatever we ask, we know that we have the requests which we have asked from Him”.
Posted by The Bernie Lutchman Blog at 4/17/2018