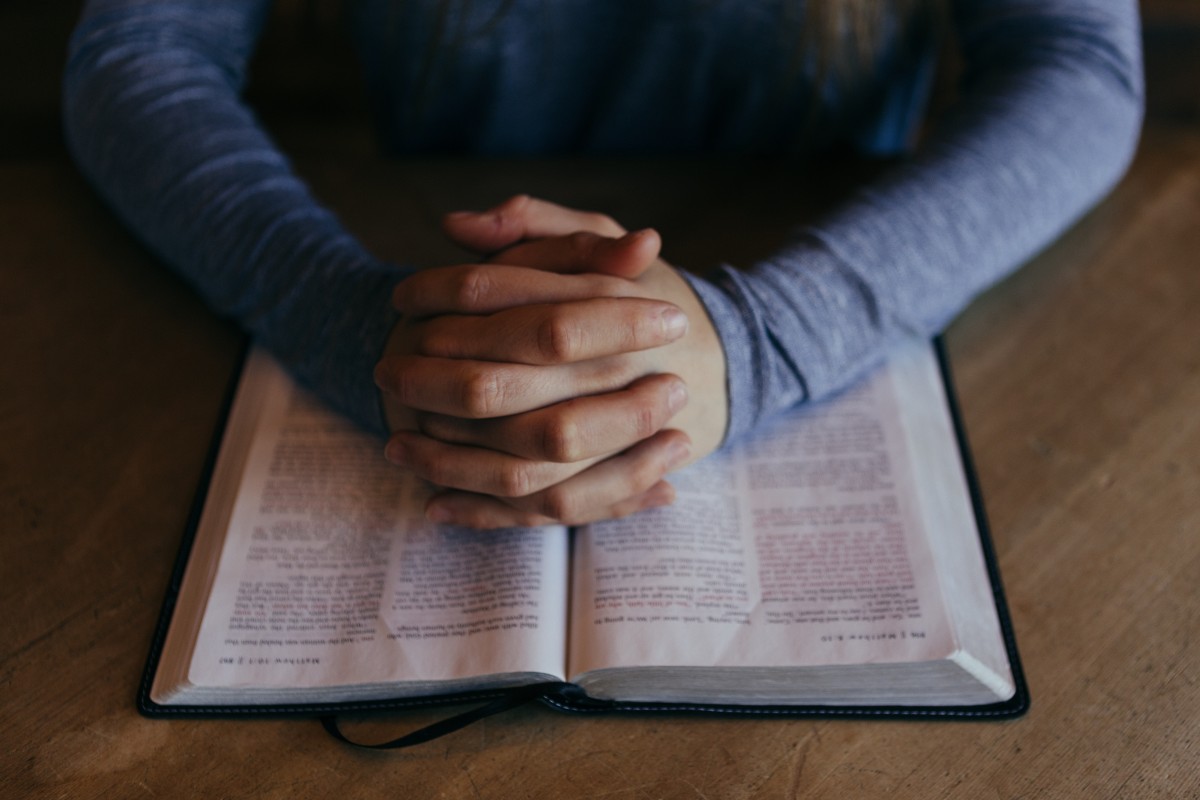 Our soul waiteth for the Lord: He is our help and our shield.  For our heart shall rejoice in Him, because we have trusted in His holy name. Let Thy mercy, O Lord, be upon us, according as we hope in Thee. (Psalm 33:20-22)
My role model for Prayer is the incredible but unheralded circuit rider, Robert Sheffey. Most Christians will have never heard of Sheffey or thousands of lives he transformed with the help of the Holy Spirit back in the latter part of the 19th century.  Even seminary graduates have no idea who Robert Sheffey is, for one simple reason – he was an incredible man of prayer, and most pastors and Christians do not pray as much as they should.  Brother Sheffey was not just the greatest prayer warrior in America, but added to his colorful character was the fact that he was also a man of Godly action. 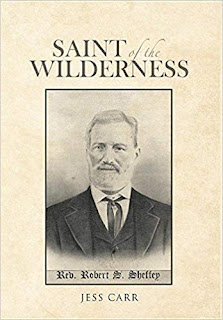 In brief, Robert Sayers Sheffey was born in Virginia on July 4, 1820, and orphaned until Christ set him free at a fiery revival in 1838. The passionate 18-year-old only wanted to serve the Lord and applied for a license to preach at the Methodist Conference in rural Virginia. He was turned down, due to his lack of formal training. While he eventually was granted that license 17 years later, those years, (from age 18-35) molded the man, into the great Legend of the Appalachian Circuit Riding Preacher/Prayer Warrior he became.

Until he died at the grand old age of 82, Brother Sheffey, as he was called, would ride anywhere in rural western Virginia (and West Virginia). He and his faithful horses would go through snow, heat, rain and treacherous woods to help someone in need. Along the way, he would stop and communicate with his "Sweet Lord Jesus" by throwing his ever-present sheepskin mini-blanket (or prayer rug) on the ground and spend hours in prayer. If it was said of the great Protestant Reformer John Knox, by Bloody Mary, Queen of Scots that she "feared the prayers of John Knox, more than all the armies of Europe"; it was said of Robert Sheffey that every moonshine maker with a still in those mountains feared his prayers, as well! Sheffey once told one of those illegal alcohol makers that he wished a tree would fall on his still. There was not a tree in sight around this man's house. One night, during a fierce thunderstorm, the Lord picked up a tree from hundreds of feet away and dropped it right on top of the still, destroying it. 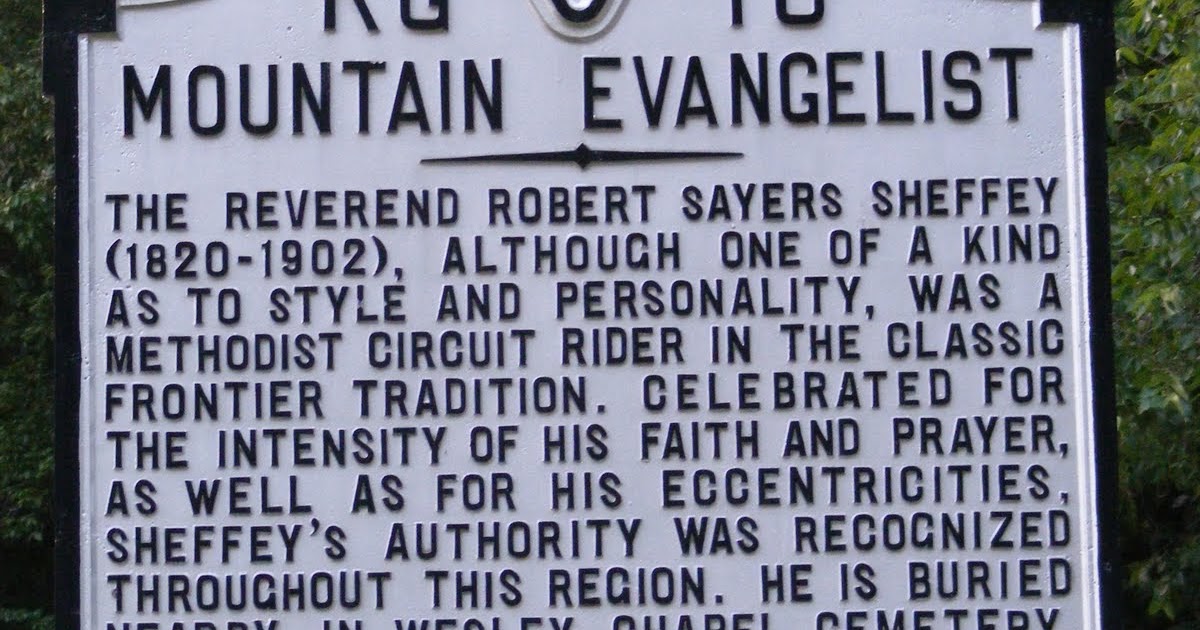 While these are humorous accounts of his life, Robert Sheffey was best known for his intercession at the great Wabash Camp Meeting. These camp meetings were somewhat similar to tent revivals, in the sense that they had large ongoing, open-air preaching meetings, under the huge sheds. This would be the major summer event for most families in the regions, who would pack up the kids in the wagon with enough food and furniture for a week's outing in the countryside. The preaching from the countryside and frontier Circuit Rider preachers would bring the Fear of the Lord, repentance, and salvation to countless thousands.


Robert Sheffey was known as a preacher and man of prayer and was at all of these camp meetings in its heyday. However, when he was invited to preach, he would instead turn down the opportunity. He would then take his King James Bible and lambskin prayer rug which was now about 40 years old and head up the mountain next to the Wabash Camp, to pray. Sometimes, he would be gone up there half the day....or longer. Most times, when he was done, he would come of this Mountain of Prayer, with a glow all over the place and head straight for those in attendance, to minister, pray with, cry with them and more. He would comfort them, go with them to the altar or kneel right there with them. Sometimes Brother Sheffey would stay all night if he had to, in order to reason lovingly with the penitent soul that the Gospel is the only way to conversion to the Savior, Jesus Christ. It is estimated that because of his intercession and ways of evangelism, countless thousands came to be genuinely saved by the Blood of the Lamb.

Robert Sayers Sheffey was the Circuit Rider of Prayer and shunned the limelight when his name would have afforded him anything he wanted. He was not rich in earthly goods, but his love for people, their physical needs and their souls stored up a divine fortune in heaven. For us, who have Sheffey as our role model, it takes a Micah 6:8 spirit and a self-deprecating self of humor to work for and love our "Sweet Lord Jesus" more than ourselves. To study the life of this great man, flawed as we humans all are, is to come away with the knowledge of the Grace, Love, and Power to transform of the Lord.

Sheffey's favorite statement was "I will take it to the Lord in prayer". Today, over 100 years after he went on to be with the Lord, the fields and roads to these fields are still as untamed, wild and unforgiving as they were 140 or so years ago. But the basic truths remain:
-  Pray without ceasing (1 Thessalonians 5:17)
-  Love God, and His Son Jesus Christ with EVERYTHING you have
-  Be willing to pray at a moment's notice for anyone in pain, distress, in an ambulance speeding towards the hospital, for a friend or family member
-  When you say you are going to pray, don't think about it - DO IT...and do it immediately
-  You do not need a prayer closet or "war room" to hide in and pray. Unlike other religions, Christians have the Spirit of God in us, and we can be walking down the street praying. Driving long distances with the radio off is the perfect time to be with the Lord, in what we call "windshield prayer"
-  Develop friendships with brothers and sisters who pray and stay in touch regularly, through texts, Facebook or phone. Ask them how you can pray for them because next week, without fail, you are going to need THEM to pray for you. Nourish and cherish those friendships for a lifetime. Prayer warrior friends are the most loving and faithful because we know where our Strength, Life, Breath, Love, Peace, Joy and identity are found. They are found in Christ.