CRITICAL THINKING FOR THE CHRISTIAN LIFE 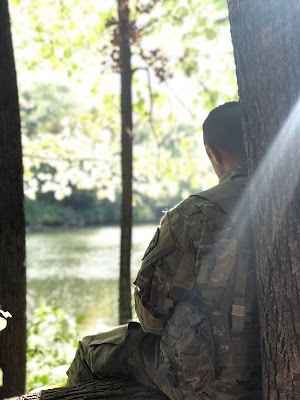 Christianity is the Thinking Person’s religion where the Author of our Faith beckons all to “come let us reason together, says the LORD, though your sins are like scarlet, they will be as white as snow” (Isaiah 1:18). This is crucial because the Creator of all things – Almighty God – is inviting His sinful creation to come and speak with Him, test, understand and then come to an independent decision.

To arrive at a decision, when God makes an offer, requires not just thinking but Critical Thinking. Critical Thinking is the process, in which every aspect of our minds, emotions and logic is fully engaged, in order to accurately evaluate ideas and situations. This process determines the accuracy, validity or even the error of such matters.

How a wayward son of God came to Faith in Christ and was born again, is actually the result of Critical Thinking. In July 1988, after an extended time from where I walked away from the Lord to enjoy the pleasures of this world, the Lord had knocked me flat on my back. I was suffering from extreme fatigue, stress, lack of rest and just run down from burning the candle at four ends. When the Lord called me unto Himself, it was not an imposed decision made for me and I had to accept.

Unlike certain faith systems and religions of the world, God is not a dictator Who says “accept me or else”. At the same time, I don’t need a case of Bibles to fall on my head to know that this life is the in-transit room before boarding the one-way flight to Eternity. While no one was witnessing to me, giving me tracts, nor was I listening, I can attest to the truth that eternity is written on the hearts of all mankind.

The reasoning the Lord spoke of in Isaiah 1:18 came into focus. Without much debate, I knew, from days of lying in a sick bed, that I had two choices. It was as clear as day – go down the road I had been going of enjoying the fleeting things of this world, or choose God, and thus Heaven.  Sometimes, we do not need flow charts, a degree in Macro Economics or a computer program to get the correct result. I chose the pathway of God and Heaven, for one reason. The reason was the logic of one destination of unending fire and brimstone, the other was the Way of God. What triggered Critical Thinking in this decision, was a childhood and teenage background of family church activity, combined with the supernatural Law of God written on heart of EVERY human who has ever lived. Instinctively, I knew there were only two eternal destinations. I knew there was no such thing as reincarnation or purgatory. There was and always will be one truth - "it is appointed to man to die once and then the Judgment"

Each human being ever born has this ability to discern, discuss, decide and deliver after thinking of all alternatives. All facets of our humanity, buttressed by information, must be engaged in this process. Critical Thinking involves more than just this, the most important decision we will ever make in this life. The great author/pastor and famous apologist for the Christian Faith – Lee Strobel – is one of the most prominent examples of how Critical Thinking can change a life forever.

Strobel was a most vehement atheist and the legal correspondent for the Chicago Tribune for 14 years. A  law graduate of Yale University, this atheist’s life was thrown for a loop when his wife was saved and joined the growing Willow Creek Church in Barrington, Il. With his home in turmoil, Strobel set out on a journey to investigate the biblical claims about Christ, from the legal and scientific angle, in order to disprove them, in part. He became a disciple and follower in Jesus Christ on November 8, 1981.  Apart from the Holy Spirit opening his mind to the Truth, Lee had to do all the work of reading, research and traveling all over America speaking to people of Faith with scientific and other background. Just like others who had to follow similar, but parallel tracks (like J. Warner Wallace, a former atheist Los Angeles Homicide Detective). Strobel evaluated all the documentary, scientific and traditional evidence…..and then surrendered his life to Jesus Christ. His life story can be viewed here on YouTube.

“Examine everything carefully, hold fast to that which is good” (1 Thessalonians 5:21)
This is an important directive from the Lord for believers and the principle of Critical Thinking MUST kick in here.