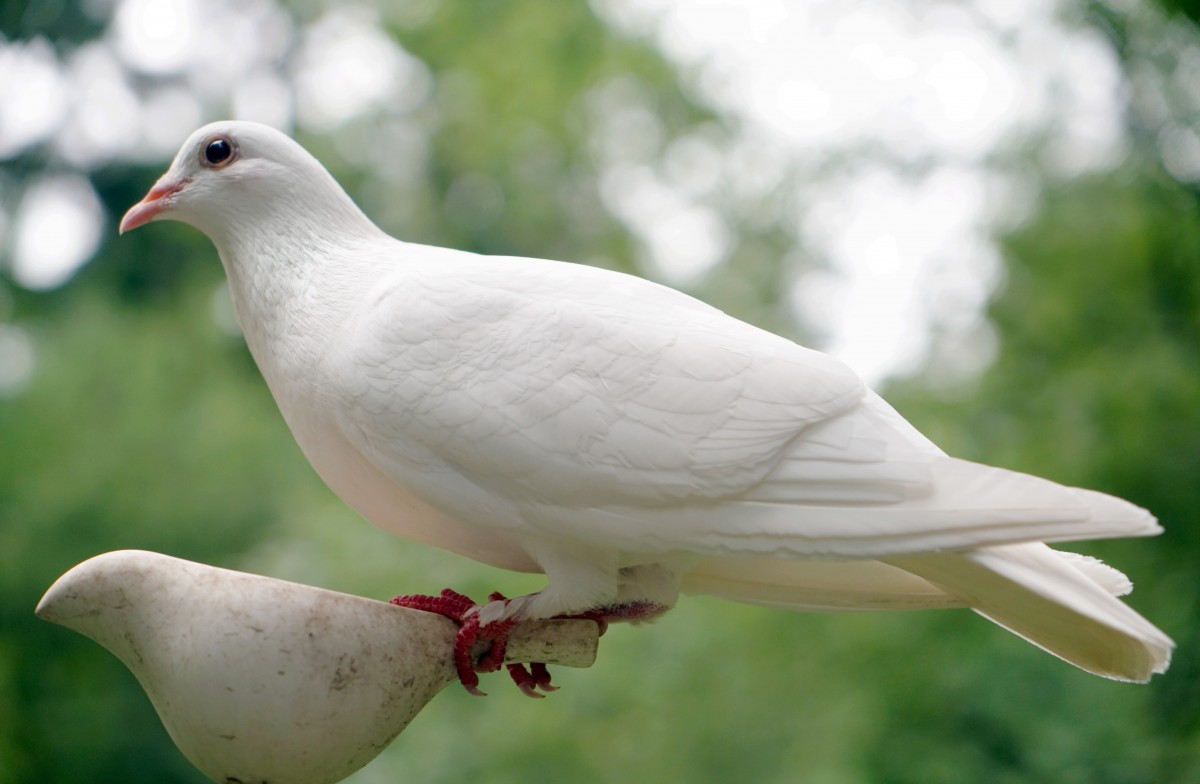 A whole lot of Christians are very confused by the knowledge, Power and Presence of the Holy Spirit. This serious misunderstanding stands from such an unconscionable lack of teaching on the Person and Role of the Holy Spirit that Christians populate both ends of an untenable see-saw, in big majorities.

One on end, we have those who completely ignore the Holy Spirit and therefore, go about their church and personal spiritual lives in slow-motion with almost no fruit to show for their self-proclaimed love for the Lord. On the other end, we have a charismatic fringe who misuse the Name of the Holy Ghost (using King James language) to such an extremist degree, that it comes close to blasphemy.

We will not discuss those things here. What we should do, is live in the Biblical middle of Scripture and prayer, in order to comprehend just Who this Third member of the Holy Trinity, really is.  Here are some major past critically outstanding events which the Holy Spirit of Christ was actively involved in – DIRECTLY from the pages of the Word of God:

THE HOLY SPIRIT WROTE ABOUT THE BEGINNINGS OF MANKIND THROUGH MOSES:
2 Timothy 3:16 "All Scripture is inspired by God and profitable for teaching, for reproof, for correction, for training in righteousness".
There is no way Moses could have known in the natural how God created the Heavens and earth in six days, almost 6000 years ago. Moses could not have known of the Promise God made to Abraham or Jacob wrestling with the Angel of the Lord (Jesus) or all the details of the Exodus. Moses could not have written down the intricate details of the Tabernacle of God (the moving Temple in the desert) which is an exact replica of the one in Heaven.  The Spirit of God filled in all the details from Creation to the Flood and the Post-Babylonian exiled – to the Gospel Writers and the Apostle Paul.

THE HOLY SPIRIT INSPIRED AND BREATHED THE PSALMS INTO KING DAVID
When King David repented from his vile sins of adultery, murder and more by having an affair with Bathsheba and having her husband killed, he repented. He prayer of Repentance – Psalm 51 – is the standard for all sinners of all times who wish to make thing right with God. David confirms that he is one of the extremely few in the Old Testament, to whom God gave His Holy Spirit. David prays to God in Psalm 51:11b “Do not cast me from Your presence and do not take Your Holy Spirit from me”. The Holy Spirit is our guarantee that we are saved and Jesus is our own personal Savior.

THE HOLY SPIRIT PLACED JESUS IN MARY’S WOMB
Luke 1:35 "The angel answered and said to her, “The Holy Spirit will come upon you, and the power of the Most High will overshadow you; and for that reason the holy Child shall be called the Son of God".
Everything created on the Earth came from an act of God. From the Spirit of the Lord hovering over the unformed earth in Genesis 1:2 to the fish in the sea, the birds of the air…and the baby in the womb. The most famous Baby ever conceived was the Lord Jesus Christ. His appearance on the earth was to a pure innocent young lady named Mary. Mary, a woman chosen by God, experienced a supernatural conception so that no sinful mortal man was involved. Jesus Christ remained sinless, pure and the One True God for the brief 33 years He lived as God Who became man.

THE HOLY SPIRIT DESCENDED ON JESUS THE GODMAN AT HIS BAPTISM
Matthew 3:16-17 "16 After being baptized, Jesus came up immediately from the water; and behold, the heavens were opened, and he saw the Spirit of God descending as a dove and lighting on Him, 17 and behold, a voice out of the heavens said, “This is My beloved Son, in whom I am well-pleased.”
God did not have to show this living and outward appearance of His Spirit visibly descending from Heaven to land on the broad Shoulders of King Jesus, at His baptism by John the Immerser (Baptist). Jesus did not even need to be baptized as He told John (click here). The first ever visible appearance of the Spirit was for the Father to confirm, once and for all, that His Only One of a Kind Son (only begotten) was indeed the Anointed One, the Prophesied One and the Promised Savior.

THE HOLY SPIRIT RAISED JESUS FROM THE DEAD
Romans 8:11 "But if the Spirit of Him who raised Jesus from the dead dwells in you, He who raised Christ Jesus from the dead will also give life to your mortal bodies through His Spirit who dwells in you".
The great song by Contemporary Christian singer Jeremy Camp says it all in his extremely powerful song. As good as this song is, those words actually came from the Truth of the Word of God. The enormity of this is too incredible for words. Let this sink in....really sink in. Let it be permanently engraved in your mind, heart and soul that the same Holy Spirit Who is alive in you and I who trust and believe in Jesus Christ as Lord and Savior, was in that Tomb, on the Third Day after the Crucifixion. He rose Jesus from His one time mortal human body, back into the Life Giving Spirit that He always was. Is there anything better than this? A million times- NO!

THE HOLY SPIRIT CAME TO LIVE IN THE FIRST BELIEVERS AND ALL SINCE
John 16:7 "But I tell you the truth, it is to your advantage that I go away; for if I do not go away, the Helper will not come to you; but if I go, I will send Him to you".
Jesus told His disciples that it is better that He goes away, so that the Helper would come. This Helper is our guaranteed Advocate before all else. The word used in the bible is "parakletos" which means One Who stands up in the Courts of Heaven among other meanings in the Bible! Wow! Other meanings of this word are well-known. Advocate, Helper, Paraclete and others complete the definition of this word.  On Pentecost day, the second visible manifestation of the Holy Spirit was seen in the Upper Room, where the disciples were sitting around praying and listening. This event circles this most significant period in the life of a church, and the true believer. This one time event, marked the next and final phase in life - all from the pages of the Bible.
Acts 2:2-4a "When the day of Pentecost had come, they were all together in one place. 2 And suddenly there came from heaven a noise like a violent rushing wind, and it filled the whole house where they were sitting. 3 And there appeared to them tongues as of fire distributing themselves, and they rested on each one of them. 4 And they were all filled with the Holy Spirit".
Posted by The Bernie Lutchman Blog at 9/26/2018