ACTS 3:16 - THE MOST CONTROVERSIAL NAME IN HISTORY 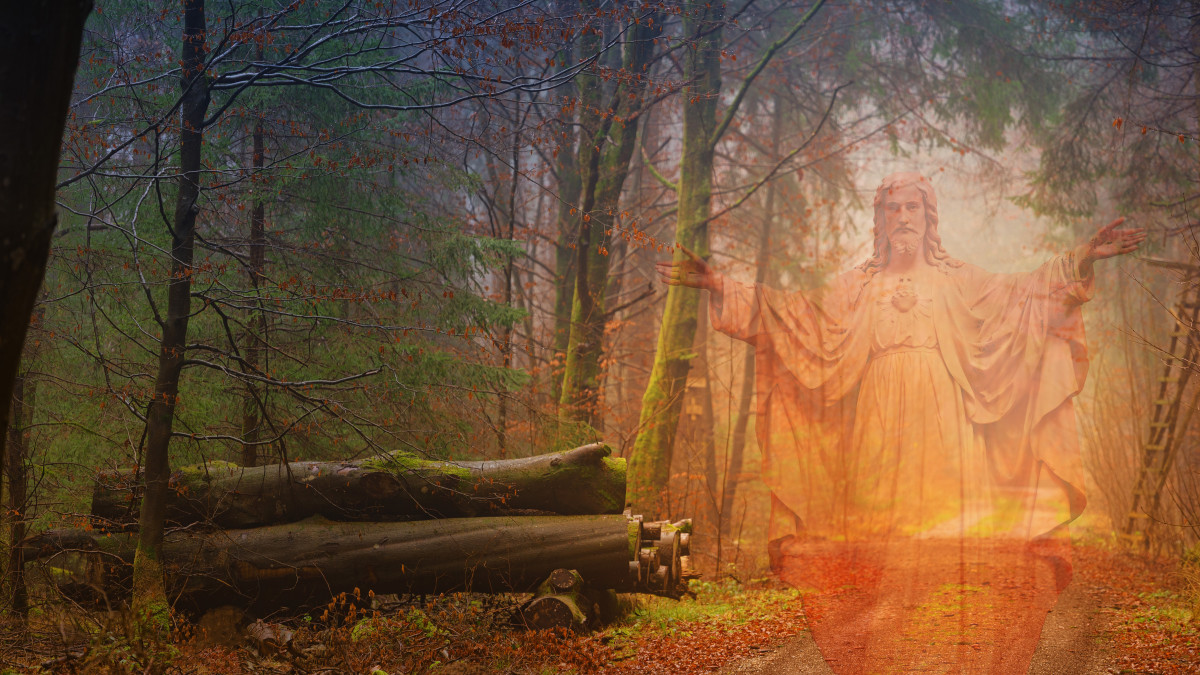 "And on the basis of faith in His name, it is the name of Jesus which has strengthened this man whom you see and know; and the faith which comes through Him has given him this perfect health in the presence of you all" (Acts 3:16)

There is something about the Name of Jesus which has caused, (and will continue to do so) people to lose their minds, for the last two thousand years of Christianity. It started with the corrupt religious leadership in Jerusalem even with Jesus standing right in front of them and really ramped up after His death, burial and resurrection. They, who called themselves followers of God the Father, blasphemed His Son every which way but Sunday, first by calling Him every evil name in the book, and then lay their filthy hands on the Savior during His trial.

However, it took on perpetual momentum in Acts Chapter 3, when Peter said to the man, who had been lame since birth and was encamped by the Gate called Beautiful, to rise and walk “In the Name of Jesus Christ of Nazareth”! This is the beginning of what would become a war against the five letters of the English Language – JESUS!

When the priests in the Hebrew temple, who had claimed sonship of God through Abraham alone, heard that they this lame man could walk around, and who healed him, they freaked out. Many had already heard that Jesus had appeared to not just His disciples, but 500 people in Jerusalem, including some of the same Pharisees. Many of them converted later and became followers of “The Way”. Followers of Christ were not called Christians until Acts 11:26.  So even though they though 26. had successfully put away this “prophet from Nazareth”, now, a new twist was added.

After the Temple authorities heard that Peter and John had healed the lame man, in the “Name of Jesus of Nazareth”, they plotted among themselves as religious leaders that people being healed apparently was not a good thing. This is the first time, since the Resurrection of Jesus Christ that the Name of Jesus was forbidden by men. They said in verse 17b of Acts chapter 4: “Let us warn them to speak no longer to any man in this Name”!

They then warned Peter and John to cease and desist from this practice. The response of the two fired up disciples is a priceless example for those of us, today, who are commanded by the lost of this world to not pray in Jesus’ Name. They responded in Acts 4:19-20 "But Peter and John answered and said to them, “Whether it is right in the sight of God to give heed to you rather than to God, you be the judge; for we cannot stop speaking about what we have seen and heard.”

Since the modern-day equivalent of the corrupt Pharisees have succeeded in banning the bibles and prayer In schools, the last thing left for them to remove is the Name and Likeness of Christ not just at Christmas time, but at school graduations, football games and other public events.  Military Chaplains are being ordered to stop praying in Jesus” Name and some have been dismissed from service for obeying God rather than men. Pastors, who are invited to pray for the opening of political offices meetings like those at City Halls and State Capitols, are required to sign documents to pray “non-sectarian” prayers. In plain English, these under-shepherds of Christ are being asked to NOT pray “in Jesus’ Name”.

I know some who have refused and walked away rather than deny Christ before Caesar. But there are also many who have signed this paper, prepared by ungodly people, just to be able to stand before the rich and powerful. We should be grateful that we are not these people, who will stand before Jesus one day to answer for this transgression.

There is power in the Name of Jesus. The Lord Himself alluded when He talked about “praying” or “asking” or “making requests known”….”IN MY NAME”, in the Gospels. Here are several examples from Jesus and those whom He discipled and trained to expand the Kingdom.

See below:
* Matthew 21:22 "And all things you ask in prayer, believing, you will receive.”
* Mark 11:24 "Therefore I say to you, all things for which you pray and ask, believe that you have received them, and they will be granted you."
* John 14:13-14 "Whatever you ask in My name, that will I do, so that the Father may be glorified in the Son. If you ask Me anything in My name, I will do it.
* John 15:16 "You did not choose Me but I chose you and appointed you that you would go and bear fruit and that your fruit would remain, so that whatever you ask of the Father in My name He may give to you".
* John 16:23-24 "In that day you will not question Me about anything. Truly, truly, I say to you, if you ask the Father for anything in My name, He will give it to you. Until now you have asked for nothing in My name; ask and you will receive, so that your joy may be made full".
* 1 Corinthians 1:2 "To the church of God which is at Corinth, to those who have been sanctified in Christ Jesus, saints by calling, with all who in every place call on the name of our Lord Jesus Christ, their Lord and ours".
* Colossians 3:17 "Whatever you do in word or deed, do all in the name of the Lord Jesus, giving thanks through Him to God the Father".
* 1 John 5:14 "This is the confidence which we have before Him, that, if we ask anything according to His will, He hears us".

Calling on the Name of Jesus is precisely what the great disciples – Peter and John – did in Acts 3:16.  Peter was the one commissioned by Jesus to do the preaching and the bold proclamations right off the bat, from the foundations of the Christian church.  He said the following, about the Name of Jesus, twice in less than one sentence:

Words mean things and have consequences. Every word of every phrase in Scripture was put there for a reason. Its divine purpose is transformation. Transformation into the power and glory of His Glorious Kingdom is only given through the Mighty Name of Jesus. His Name is the Greatest Name of ALL Human History. It is also the most feared, hated and controversial name of all time. Neither of these facts changes the Truth that Jesus is Lord and Master of all, to the Praise and Glory of His Name.
Posted by The Bernie Lutchman Blog at 6/08/2018

Email ThisBlogThis!Share to TwitterShare to FacebookShare to Pinterest
Labels: Acts 3:16, Antioch, christians, controversy, national day of prayer, power, power in the name of jesus, the Name of Jesus, the Way, Your Name