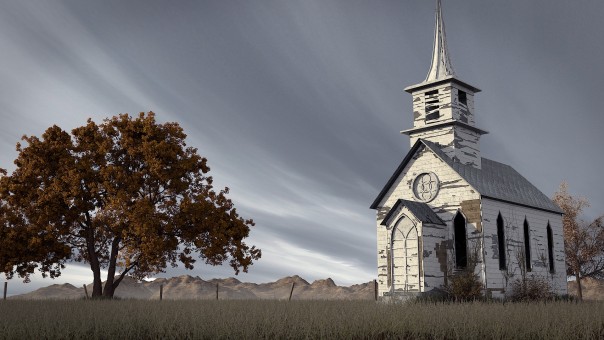 “For God so loved the world, that He gave His only begotten Son, that whoever believes in Him shall not perish, but have eternal life (John 3:16).
We have seen it in the end zone at football or baseball games. We see it on the helmets of sports figures or written in permanent marker on their shoes. It shows up on Christian T-shirts, wristbands and all kinds of apparel. It even makes for living room artwork on canvas or matte photographic paper.

It is the most popular Bible verse in the world: John 3:16. It is so, for a very good reason.  It perfectly defines and loudly proclaims, the plan of redemption for a world which got off on the wrong foot, almost from its very beginning.  It is the verse in the Bible which is responsible, most likely, for many a lost and drifting soul to come to a saving knowledge of the Lord. It is the verse which is the epitome of the perfect love (agape) which God has for ALL His people, regardless of our station in life. It is the verse which also delineates the Creator of the world from His sinful creation so that we can all participate in the incredible offer of eternal life.

A closer look at the positioning of John 3:16 by the Holy Spirit reveals the very thought process of God. Our Heavenly Father is One Who has always been reasonable and called unredeemed mankind to come talk to Him and to reason. He said so in Isaiah.

At the opening of the famed Gospel of John Chapter 3, we see the Jesus the Messiah speaking to one of the main religious leaders in Jerusalem. This man, Nicodemus, was not just a priest but was called ‘The Teacher of Israel” by the Lord Jesus. Nicodemus would be similar to a version of the local “big church” pastor in town, whom the weekly newspaper would go to for a quote if something significant happened in the school or town council which affected daily community life. The difference here is that Nicodemus was supposed to not just know the Scriptures, which were only our Old Testament at the time, but to know what God’s Word meant. Back then nobody except the Temple priests and scholars had copies of the Scriptures. The majority of the people were at their mercy at all times, since the Bible was not yet put together in the form it is today.

In John Chapter 3, verse 3, Jesus answered Nicodemus’ compliment of Him as being sent from God, with the bold truth of spiritual rebirth. Today, we know that to become a real Christian is not to be born into a Christian family but to be born again, or saved through seeking God’s forgiveness and accepting/receiving Jesus as Savior and the Lord of our lives. To the Pharisee Nicodemus, it was “keeping the Ten Commandments and all the 613 Hebrew laws of the First Five Books of the Bible (the Torah), PLUS all the traditions and rules added on by centuries of religious leaders, with nothing much to do. He was all religion, all the time.

Into this worldview,  Jesus shot the equivalent of a nuclear missile through the theological hat of the religious. Like many today, the “Teacher of Israel” (who later became a stealth disciple of Jesus), knew the LETTER of the Law, like any other Pharisee. What he and the other priests did not know, was the heart and spirit of the Law of God (The Scriptures, the Oracles of God).

This is how he missed what Moses was talking about. His (pre-converted) heart and those of all the Scribes, Pharisees and the Jewish Supreme Court (Sanhedrin) were all alike. They took the letter of the Law and created hard man-made rules that they themselves could not keep, yet they forced it on their people. Jesus dealt with all of this in Matthew 23. However, for now, in John Chapter 3, the Lord focused on the Message of the Gospel going back to the same Moses whom the Pharisees said they loved. None of them, and none of US, before the Holy Spirit opens our eyes, could begin to fathom one syllable of a Word from Heaven.

This is the background against which Jesus the Lord, shared the most important part of His Mission on earth and the reason for it. Jesus again drew on Moses to draw the visual for future believers and to give Nicodemus an illustration of the reason for stepping off the Throne of Heaven, to come down to earth.

John 3:14 tells us what happened when God told Moses to make a brass serpent and put it on a pole, as a standard. This brass serpent on a pole was decreed by God as the antidote to an epidemic of fiery poisonous snake bites, that was killing a huge amount of Israelites in the desert (see Numbers 21:1-9). Those bitten were rebellious against God and had sinned horribly against Him.  They begged Moses to pray to the Lord that He may relent and not kill them. After this is was accomplished, the Lord said that anyone who looked at the brass serpent on the pole, after being bitten by the fiery serpents, will live.

Jesus drew this reference to the brass serpent in order to give the chief Rabbi of the Jerusalem religious sect THE most important insight on the Scriptures so far – Jesus’ Upcoming Crucifixion and its significance!

The discourse between the Son of God and Nicodemus most likely lasted longer than recorded in the Gospel of John. In fact, Nicodemus used to sneak away many times to speak with the Messiah which would later lead to his salvation. Legend has it that, not too long after the Resurrection, Nicodemus was seen fleeing Jerusalem, after being excommunicated by the Pharisees.

Jesus was showing, from this precursor to the Cross – the brass serpent on the pole – that God’s love to save rebels and ingrates was so strong in the desert that He, (the Father), went WAY beyond that and GAVE His Own Son, Who was also sitting on the Eternal Throne, as a sacrifice for all people, of all time.

Then Jesus said something which would absolutely confuse not just Nicodemus at that time, but all unsaved people of all time, who do not really know what John 3:16 really means. Jesus talked about His own death to a man who most likely could not fathom it. After all, Jesus the popular miracle-working Rabbi was alive and well, sitting right in front of him (Nicodemus). What does all this talk about “the Son of Man being lifted up” (verse 15) mean?

Today, all truly saved biblically-grounded Christians know that Jesus’ “lifting up” or death on the Cross, as the Ultimate Sacrifice, is prophesied explicitly in the Old Testament.  Psalm 22 describes Jesus Christ’s actual agony, from HIS point of view, while He was close to physical death on the Cross. Then,  Isaiah 53 points to the Suffering Savior Who gave it all for us sheep to such a graphic extent (as does Psalm 22) that a true student of the Scriptures could discern them.

A complete understanding of what the Lord meant and still means, until the end of the Age, can only had by comprehending the background against which Jesus paints this stunning, eternal masterpiece, of John 3:16.  We, too, can achieve full knowledge of the very Heart and Mind of God, as to why He allowed God the Son to step off the very Throne of Heaven, in order to give His life as a ransom for many.  This comprehension and understanding can be ours, if we understand the Gift of God, the Sacrifice of Christ and the Purposes of the Father. Amen.
Posted by The Bernie Lutchman Blog at 5/16/2018