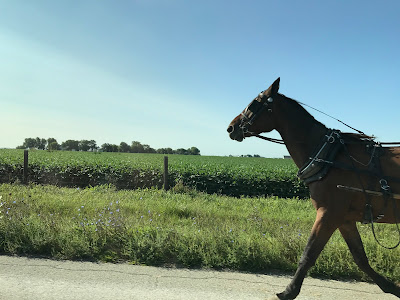 2 Samuel 3:6 "But her husband went with her, weeping after her all the way to Bahurim. Then Abner said to him, “Go, return.” And he returned."
The Bible is full of difficult verses to comprehend, even when taken in context. Sometimes we have to go back to another passage or number of chapters to find the true meaning and background behind a statement, which the Holy Spirit put in there for us to behold.

In order to understand what a great Hebrew general named  Abner meant, when he told a man named Palti to “go back home”, it is necessary to read the entire chapter of 2 Samuel 3. It is a stark reminder of the width and depth of the depravity of human sinfulness.

There are some incredible charges, counter-charges, sinful talk, double-crossing and more….in just twenty verses (2 Samuel 3:6-26 and beyond).  God had already taken away the kingdom from the disobedient King Saul and handed it to David.  In the process, Saul had promised his daughter Michal to David if he killed and did some despicable things to Philistine men, which David did. Then jealousy got the best of Saul and he tried for 13 years to kill the Lord’s next appointed King – David, who was now on the run all across the land of Israel.

In the meantime, Saul’s daughter becomes a bigamist and marries another man named Palti. This was too much for Abner a great warrior general, who, while loyal to Saul as King, was also tuned in to the fact that the real Commander in Chief – God – had deposed Saul and replaced him with David. Except Saul would not cooperate.  To get back at Abner, one of Saul’s wicked sons Ishbosheth accused Abner of sleeping with one of Saul’s many women (outside of his marriage) also known as his concubines.

The honorable general Abner was rightly outraged and vowed then and there to help David ascend to his rightful place on the Throne of Israel, as ordained by God. His loyalty to Saul was betrayed by Saul’s son so Abner reached out to David, who then said he will deal with Abner only if Abner brings Michal, his (David’s) wife to him. This was agreed to and Abner was on the way to David with the latter’s wife, while her current husband Palti, followed crying over the loss of Michal!

The bigamist story, involving Michal, had a sad end for this unfortunate young man – Palti, as General Abner instructed him, to go back to his house. In a no win situation, we read in 2 Samuel 3:16, that Palti complied.

What is the message here for us in the 21st century? This ancient tale has a horrible ending with Abner who just executed the Will of the Lord, being killed by Joab, who had a personal grudge extending far beyond official duties. A few things are obvious:
-      You can’t make some of this up, even in on Hollywood screenwriter’s desk! All this intrigue stemmed from one man’s disobey and sinning constantly against the Lord.  Because of Saul’s sin, his daughter committed bigamy. His son accused a loyal general of sexual misconduct. Bickering and slander ensured and hearts were broken (Palti).

-     Sin will find you out and there will be a price to pay. Saul was told by the great prophet Samuel that God had taken away his kingdom and given it to the shepherd boy/harpist and poet David. Yet he refused to step down, allowing his pride and arrogance to eventually cost him his life.  The  price sin exacts is not worth the temporary rush of self-satisfaction.

-     Partnering with sin will bring humiliation. While Palti is to be pitied here in 2 Samuel 3:16 for having to following a mighty general in Abner, who was simply following God’s will in getting David to the Throne of Israel which was rightfully his, he (Palti) knew what he got into! Here, as we learn in this verse, was Abner returning David’s rightful wife to him and here was this woman’s second husband hanging on like a puppy dog after something he had no chance of winning. When he “married” Michal, he was completely aware that she was married to David. There was no divorce according to the Law of Moses, in force then nor was there a death of a spouse, which would have enabled Michal to remarry. These were the only two grounds for Palti to legally claim Michal as his wife.  The lesson here is this – we lose EVERYTHING when we put our heads in the sand and pretend God sees nothing, knows nothing and will say nothing.  He – God – always has the final word, and if we line up on the wrong side of Him, we too will pay a heavy price.
Posted by The Bernie Lutchman Blog at 9/14/2017

Email ThisBlogThis!Share to TwitterShare to FacebookShare to Pinterest
Labels: 2 Samuel 3:16, Abner, bigamy, David, double-cross, get a grip, Joab, Palti, Total depravity of man, your sin will find you out