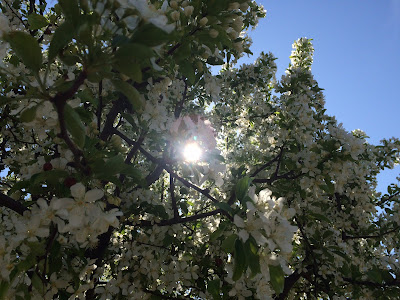 Mankind has always coveted power from the dawn of time, and especially when life on planet earth was rebooted, post Noahic-Flood. One of Noah’s great grandsons was a….Nimrod. In fact, Nimrod was his name. He is the person responsible for the reintroduction of idolatry and pagan worship into the world after God had cleansed the earth of every evil thing and person. Nimrod wanted power, longing to be like God and decided to build a tower that he thought would reach the sky…all the way to heaven. The result was the Tower of Babel and the true power of God revealed when the Almighty scattered mankind across the land, speaking in strange languages and tongues. Before this event, all living humans spoke the language of Noah.

Nimrod used his God-given gifts and abilities to shake his fists at the Creator and do things in his own power. Then God showed up. Many will see the brilliant and lost in this world prospering to the tune of billions, while blaspheming God or worshiping their own creations (whether it’s in the technology or financial world). They see this inconsistency going on while God’s people suffer in most countries of the world and have nothing. This should not concern us to the point of sin. It should inspire us to work harder in Kingdom Service and not to an obsession of what is celebrated in this celebrity culture, but a reliance on the Strength and Character of God, in order to be like Him.
The popular Philippians 4:13 verse is a favorite of a lot of people, especially soldiers, college students and even athletes, most of whom do not follow Christ.  Taken by itself, the impact which God intended for us to have from this verse is lost. By itself, it even becomes somewhat of an idol if we are not in relationship and fellowship with the God Who had it written down for us. The Power is not in the word but the Word Who became flesh. The Power is not in the t shirt, hat or mug it is on, but in the Author of Life. The run up to this exhortation (4:13) is Philippians 4, verses 11b and 12.  If we miss this, we are operating in midair with now landing gear down.  The Apostle Paul, under inspiration from the Holy Spirit writes the following:
Philippians 4:11b-12 ---  11 Not that I speak from want, for I have learned to be content in whatever circumstances I am. 12 I know how to get along with humble means, and I also know how to live in prosperity; in any and every circumstance I have learned the secret of being filled and going hungry, both of having abundance and suffering need.

The above passage should be an example to those of us in modern times who sometimes feel as if we need the next best thing....and then we will be happy. Or maybe, if we had this new car, or new job, or new home, then we can really be satisfied with our lives.

Focusing on the wrong things brings dissatisfaction, but peace with God and the simplicity of the Gospel lead to peace, joy, contentment. The mark of a true believer is how one carries oneself under ANY circumstance. This is the main point of the passage.

When the modern cultural fad adopts the "Bumper Sticker" man-made attribute of "I can do all things through Christ Who strengthens me", the fad creates more fad adherents than followers.  When Philippians 4:13 becomes written on the back of your cleats, or on your ball cap or coffee mug, it should be more than just YOU and I making some kind of statement to the world that we are "Christians".

Because the Gold of this teaching is found here in Verses 11b and 12, we can surely NOW rest in Philippians 4:13 ("I can do all things through Him who strengthens me") but more important, we must ensure we are filled with the sense of the main thing which is integral to our soul and its well-being BEFORE we get there. The main things ARE the main things and here they are:
-  Open our eyes to what the Lord has done for us and be grateful for every single thing He has done for us.
-  Gratitude for what our Heavenly Father has done for us, beyond just meeting our needs, but allowing us to be even more comfortable and prosperous than we were, maybe even ten years ago, should lead us to proper humility.
-  This Humility should result in perspective of the kind where we can handle any form of adversity which the world throws at us in general, or at Christians specifically. Life will happen to all. Life is lived in the valley of sometimes flowing waters and fertile soil, but many times, life is lived in the valley of despair. The Secret is found in the Oracles of God, Who laid them plainly out in Scripture.
-  Adversity, in the Valley of Despair, can always be handled with Godly dignity and grace if we know the Source of Everything and not just the Strength and Power which comes from God.
-  Gratitude, Humility, Persevering in Adversity even when times are good (and they will not stay good forever) can be rolled up into one thing - Godly Perspective. This is the Real Secret which are available to the Faithful who can now claim the ability to possess all these attributes, because his/her reliance is in the Lord Jesus Christ - Who has given us and embedded His character and power IN us.

Therefore, if we are really searching for the Secret behind this popular or any other verse of its genre, we will most certainly find that there is no hidden magic formula at all! God has written it all out in the open! All we should immediately grasp is this - our God is a God of order and is also Process. He IS in the details and longs to fill them in for us - if we will only ask.
Posted by The Bernie Lutchman Blog at 7/07/2017