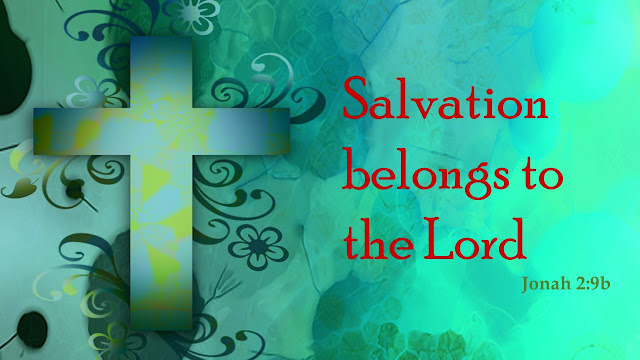 “Those who pay regard to vain idols forsake their hope of steadfast love. But I with the voice of thanksgiving will sacrifice to You; what I have vowed I will pay. Salvation belongs to the LORD” (Jonah 2:8-9)
This great prophet/evangelist knows first- hand that of which he speaks.  He now has an intimate knowledge of Holy God, never mind the fact that he was prophesying in the pagan Northern Kingdom of Israel about this same God, to Jeroboam II. Jonah was in a place where the majority of mankind goes and never returns and saw the Temple of the LORD, Who restores Jonah due to his own kind grace, mercy, compassion and long-suffering! He has seen the Holiness of God and knows that those who practice idolatry…those who bow down to the 300 million pagan idols of Eastern religion… those who idolize culture or celebrity or self – they have ALL traded in Faith in the one true God for the vile and perishing things of this temporary world.  They have abandoned not just the font of all true knowledge but the Only One Whose love is strong and never changes.

This is a major condemnation from someone who was in the abode of the lost with this spiritual eyes wide open! All the lost of this world (which is the majority) and even those who profess to be Christians are stunningly unaware of the true nature of Holy God and His Righteousness. The Lord is disrespected all over western celebrity culture and then paid lip service as if He is somebody’s crazy uncle or kind grandfather to be acknowledged occasionally on Sunday morning or at the end of a political speech. Only those who have had a major life-changing and transformative encounter with the Father or more likely – the Son Jesus Christ – can grasp the power and presence of the Almighty to the point we cannot help but stand in awe, bow down and just live a life of repentance and ingrained worship.

This is the kind of sacrifice that Jonah speaks of here where his attitude of gratitude is in the metaphorical stratosphere. He is so much in debt at the mercy and goodness of God that he is offering to do whatever it takes. This is the true meaning of discipleship, following on Jesus’ command that you and I cannot be His disciple unless we are willing to “take up our own crosses daily” and follow Him…(or we must decrease that He might increase).  Jonah vowed to pay or repay the Lord for saving and rescuing Him but like us, we can never BEGIN to repay God for what He hath done for us.  We can make as many vows as we wish and not fulfill a third of them. Therefore we should not swear any oath before God unless we intend to follow up with it one hundred percent of the time.  Now Jonah did do what he set out to do – he evangelized Nineveh and spent his life teaching them. But it took a lot for him to love those people. Just read Jonah Chapter 4.


Finally, the hero of this prayer, one of the most revelatory and power in the entire Bible, declares “Salvation belongs to the Lord”! He knew this first hand. We can do nothing – He can do everything. Jonah also knows he has been given a second chance. He proclaims Salvation while showing the proper gratitude because of the Radical Grace God has shown and given to him. This same Grace is available today for anyone and everyone. All we have to do is ask. We ask with humility and faith and with a repentant heart. This way, we too will be able to proclaim "SALVATION BELONGS TO THE LORD"!
Posted by The Bernie Lutchman Blog at 7/16/2015