Is An Entire Generation of over 20 year olds headed for Hell??!! 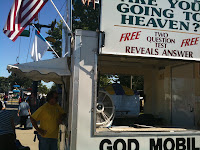 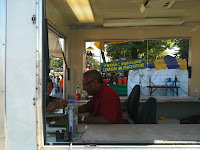 It is becoming increasingly difficult to reach lost adults with the Gospel of Christ, far less win them to the Lord Jesus. I was blessed to be working with God Mobile manager Doc Earl Powell for many years and the tireless Dennis but there is a huge gap widening between the offspring of and their elders of our fellow citizens! This is similar to the Israelites who came out of Egypt and the Lord only allowed Joshua and Caleb to live and then lead the children of the Exodus into the Promised Land. Every one of those, whom I led and showed through the Scriptures, that we are all sinners and have a need for a Savior. When they believed and trusted in Christ,   it is noteworthy all of them were 17 years old and under!  All of them already went to church and two of them thought they were saved because they got baptized...and these kids were co-youth leaders!! Almost all were from conservative bible teaching churches! This confirms Ken Ham's book "ALREADY GONE", which exposes our churches as they promote the disconnect between God's Word and how to live within its pages.

The saddest and most heartbreaking things are these two examples of the lost generation. Why would a really nice guy - a combat hardened United States Marine from Chicago land run from a guy sitting in a booth with a paperback bible??!! He and his daughter were the ones who came up to inquire about going to heaven!  Then there was this 60 year old woman who obviously had a very hard life. My heart went out to her and broke as I kept preaching Christ and she hung on every word. She not only understood the Truth but was visibly shaken by it. But just like the Marine, just at the moment of approaching the Fountain of Life, she turn and fled without drinking.
The rich man was in agony in hell and asked Father Abraham to send Lazarus to bring him some cool water (Luke 16:19-31). While he was alive, the rich man refused to drink of the Word and Truth of God's Living Word. Abraham himself rejected the rich man's idea to send Lazarus back to warn others. Friends, we have the "True Truth"! We have the Source of Life in our little hands - the Gospel. Those who knowingly rejected face terrible judgment one day. If we can reach just one person for Jesus, even if this person is a teenager, it is worth your time. Never give up trying or preaching Christ and Him Crucified. Amen
Posted by The Bernie Lutchman Blog at 8/30/2010