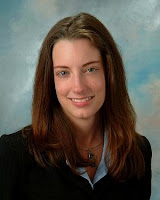 If you’ve followed the local news recently, you’ve probably seen coverage of the plan to bring high speed rail to Springfield and the current proposal to locate it on the Third St. corridor. You may have even seen protestors lining the streets on your way home from work, or received an invitation to a “Rail Rally.” Since Amtrak and freight trains already operate on the Third St. corridor, it may be hard to understand why so many groups oppose the current proposal. After all, isn’t high speed rail a sign of progress? Doesn’t the construction of it create jobs and bring economic growth to our city? What’s the big deal?
Three distinct railway corridors dissect the city of Springfield, which is highly unusual for a city of our size, and each corridor is owned by a different company. The corridor along Third Street is owned by Union Pacific, who is slated to receive more than 2 billion dollars in federal stimulus money earmarked for high-speed rail. However, the primary increase in trains will be additional freight, and Union Pacific held a groundbreaking ceremony last week for a new distribution center in Joliet. A second set of tracks will be needed to accommodate the additional freight trains. The question now is where the second set of tracks will be placed, and which corridor will become the primary rail line for the city.
This is a decision which will affect the citizens of Springfield for generations to come, and we believe it is a decision that should not be made lightly. By IDOT’s own standards, an Environmental Impact Study is supposed to be conducted to compare the effects of using Third St. or 10th St. as the primary rail corridor, but now IDOT insists that there is no time to study the issue. IDOT is also required by Public Act 93-0545 to engage the citizens of a project in "early and ongoing" collaboration to ensure that the values and needs of the affected communities are identified and carefully considered. IDOT and Union Pacific signed a memorandum of understanding for this project back in May, but it has only been recently that the citizens of Springfield have been made aware of this proposal, and now we are being told it is a done deal and there is no time for study or discussion.
Although the city and county have hoped for years to eventually be able to consolidate the rail lines along the 10th St. corridor, there are strong feelings on all sides of this issue. We believe that makes it all the more important for our elected officials to engage in dialogue with the citizens of this community about how the various proposals will impact us. To date, Senator Durbin has not been receptive to discussions with Mayor Davlin, County Board Chair Andy Van Meter, Chamber of Commerce President Gary Plummer, and others. Local officials understand the dramatic impact that this rail plan will have on our community, but our federal officials are turning a deaf ear, and this is a public project funded with taxpayer money!
Political pressure comes from the people. Contact Senator Durbin and Governor Quinn and insist they get Union Pacific and Norfolk Southern to the table to negotiate an agreement that will allow both companies to improve their operations in the manner that will be the least disruptive to the citizens of Springfield.
Legal pressure comes from groups filing class action suits or seeking an injunction to slow down the process, or correct violations of state and/or federal law. Contact Ray LaHood (USDOT), Administrator Szabo (FRA), and Secretary Hannig (IDOT) to ask them to follow and enforce all rules and regulations as related to the selection of eligible projects for stimulus funds.
Above all, pray for the elected officials involved in making these critical decisions, and especially pray for the opportunity to engage in open dialogue with the people who will be most impacted. No matter where the rail line is ultimately located, there will be homes and businesses affected. This is not an issue that is specific to one neighborhood or one part of Springfield- it affects all of us. Rather than using this as one more way of dividing the citizens of this city, let this be an opportunity for us to come together around a common cause.

You are all sons of God through faith in Christ Jesus, for all of you who were baptized into Christ have clothed yourselves with Christ. There is neither Jew nor Greek, slave nor free, male nor female, for you are all one in Christ Jesus. (Galatians 3:26-28)


For more information or to be added to the list for “Rail Rally” notifications, call 553-4629 or