THE JOYFUL LIFE - THE BLESSINGS OF FORGIVENESS, PART 1 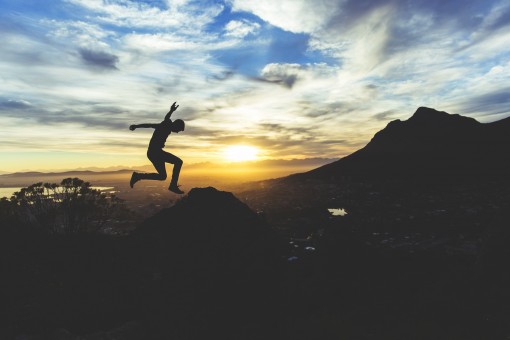 At a recent series of Revival Services, where I led worship music on the opening night (October 9, 2019) two major things happened which affected the lives and even the eternity, of members of two distinctive churches. Both entities were personally revived and both experienced the Joy and Freedom of Forgiveness.

The final service was on the regular Sunday morning service with the title "Embracing Forgiveness". In it, my good friend, the Texas pastor/author Dr. David King, who has a background in both Christian radio and church leadership, used the story of Joseph in the Book of Genesis. Joseph as the example of HOW to live a life of forgiveness which reflects both God and the willingness to complete our mission here on earth, with the richness and inner peace which only comes from the Father. We know this story very well. The favorite son of the patriarch Jacob was sold into slavery by this brothers, who schemed and told their father that Jacob was dead....simply because they hated him. Fast forward two decades later and Joseph is the prime minister of Egypt, whom the Lord used to save the entire world from famine. He rescued those same brothers and their families, forgiving them in an act of Mercy which only came from God. He never told a soul about it. (READ MORE ABOUT THAT HERE).

There is HUGE BURDEN lifted when we forgive others. HOWEVER, we can never really know what that means until we are forgiven ourselves! To that end, we begin a new series in Psalm 32, in part, to personally know this powerful pardon from the Lord. In Psalm 32, King David has repented fully before the Lord, for his murderous adultery with Bathsheba. We read his prayers of repentance and sorrow in Psalm 51, which is the example for us to go to God with, when we have blown it so bad, that we think the Lord cannot forgive us.

Now in Psalm 32, the Holy Spirit-inspired author of the Psalms (most of them) - King David, has his eyes opened as what God has really done for him, by forgiving him of his crimes against both God and man. It was too late for David to apologize to Uriah the Hititte, whom he had killed so he (David) could cover up the affair with Uriah's wife, but David did the right thing by responding to God exposing his sin. Now, he shares for all the ages, how this really feels.

Psalm 32, verses 1 and 2 (NKJV):
Blessed is he whose transgression is forgiven, whose sin is covered.
Blessed is the man to whom the Lord does not impute iniquity, and in whose spirit there is no deceit.

There are three varying degrees of sin listed here, which we have ALL committed and some, maybe still do. Each one is worse than the other one:

Transgression: (pesha, or the rebellion of humans against God which will send the majority of the world away from Him. This can be forgiven if the sinner is truly repent and is the highest degree of sin).
Iniquity: (awon or willfully and blatantly knowing God's standard but breaking it anyway)
Sin: (chattah or missing the mark or the threshold of the Lord).

Here, David is committed all three when he disrespected God, broke all His Commandments and basically not just crossed the line, but willingly blew across it.

The key is Repentance.

The original bible word for "BLESSED" is "Esher" which basically means perfect happiness which cannot be bought by things or conditions, but only comes from the love, grace and peace of Almighty God! Basically, it means - joy.

The other key word to note here is "impute", where God does not consider or hold this against us anymore. We will still have to face the CONSEQUENCES of those sins in our time here on earth, unless we attempt to make it right and others forgive us. To achieve that and to fully receive the blessings of this imputation from the Lord, we must fully embrace forgiveness - and truly forgive others, while not holding anything against them.

Forgiveness .. ah, the blessings, the freedom, found through it! Thank you, Lord!