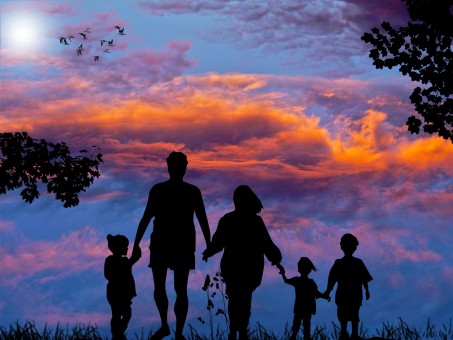 It began with the “Baby Boomer” generation – a rebellion against authority, lawful authority, which has since turned into an outright shaking of the fist against Creator God Himself. When the Lord gave the Law (or the Ten Commandments) to Moses, as recorded in the Bible, it was not just for the Israelites wandering aimlessly in the Sinai Desert. It was for all people of all time, as the standard to which we must adhere.

From the 1960’s until now, each successive generation strayed away from respect, reverence and reliance upon the Eternal Word of God which has and will never change, no matter what false prophets and teachers say. The Fourth Commandment given by God, can be viewed as the junction where the Vertical (obedience and acceptance of the One True God of Heaven as the ONLY God) meet the Horizontal.

Commandments 1 through 3 are all about a 100%, complete and total acknowledgement that the God of the Scriptures is the One True God. This flies in the face of the majority opinion that every religion is the same and all gods lead to the same place – Heaven. Not so, the Holy Spirit testifies to the truly converted to Christ, that there is ONLY ONE way to Eternal Life and it is through Jesus Christ, the Narrow Gate.

Commandments 4 through 10 concern our relationships with each other, our fellow humans, in accordance with Godly standards. While the secular world and atheists want to remove the Ten Commandments, Jesus and the Bible from decent society, murder, theft, lying under oath and in some cultures – adultery – is against Civil (Federal and State) Law.

These commandments were given by God, not to prevent us from having fun but for our own good. The Lord saw the conditions of sinful human beings and laid out the parameters for us to live in peace, love and harmony. The connection point, where the Vertical (GOD) meets the Horizontal (others) is the Fourth Commandment.

This Command says ““Honor your father and your mother, that your days may be prolonged in the land which the Lord your God gives you"” (Exodus 20:12). There is a reason for the Lord applying this to each human being born. Parents are stewards of the Lord who are responsible for the spiritual lives of their children, as well as their emotional and physical upbringing. This is so, in order that parents will exhibit AND TEACH the ways, attributes and character of the Lord to our children.

God has also provided written instructions for all times, and those can be found in all the pages of the Bible. There is no dispute and there will be no excuse to pretend we do not know the location of the Lord’s instructions.

The Bible has given parents a huge assist from the Books of Deuteronomy all the way down to Proverbs, the Gospels of Jesus Christ and the Pauline Epistles. In the last generation in the West, young men and boys have been in a state of crisis, despite some of the best efforts of churches, men’s ministries and others to mentor our young men.

God has done that in the Bible and is standing, waving His Hand while saying “Hey guys, I am here! I have the answers here. Just follow it! Teach it to your sons. Teach it to your teenage young men. What are you waiting on?”

The Lord has called us to Critical Thinking. In the Bible it is called Biblical Wisdom which is the ability to discern, not just right from wrong but to have the correct view of God, His Attributes, His Ways and what He expects of us. Combine all of this with His gracious love and kindness, over a short period of time, by following His wisdom and precepts, we tap directly into the Source of ALL Wisdom. If this, which is now being presented below from Proverbs Chapter 1, verses 8-19, is applied at as early an age as possible, a solid foundation of Godly Truth will result.

Proverbs 1, Verse 8: “Hear my son, your father’s instruction and do not forsake your mother’s teaching”. This is The Fourth Commandment in easily understood English.  There is more than just what the sentence seems to say. 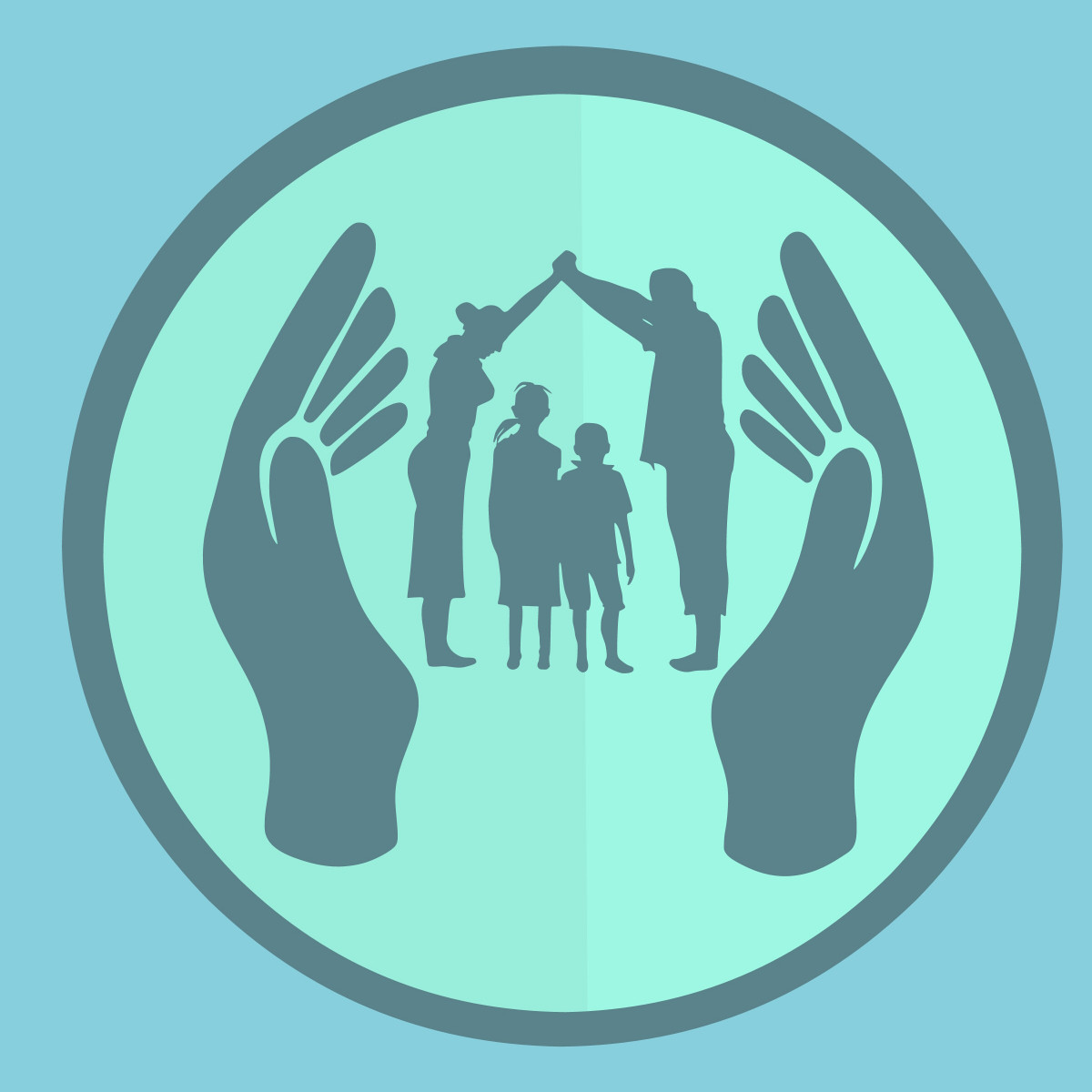 The original language (Hebrew) used by the Lord to move Solomon to write,  actually translates the English “Your Father’s Instruction”, as “ Your Father’s Discipline or Correction”. This is the meaning of the original language from the Lord – musar.  We know from Hebrews 12:6 that “those whom the Lord loves, He disciplines”. When we look at the condition of our youth and their futures without self-control and the under-pinnings of Godly discipline, it is obvious this command is not being adhered to.

The same can be said of the second part of this verse “….and do not forsake your mother’s teaching”(Proverbs 1:8b). The word for teaching here, is not simple a mom “homeschooling” her children while Dad is away at work. The Lord put the word “Torah” there for a reason, which the translators call “teaching” but which God calls “Law”! What He is really saying to the young person here is listen and obey your mom’s rules, because she is speaking from the Authority of Christ!

So why would the Lord give this lifetime of deadly serious decrees, which impact so many generations for going on 4000 years now?  For one thing, it is absolutely logical. Which parent in their right mind, would want anything but good for their own children? Secondly, following the discipline of a hands-on earthly father keeps us focused, being able to discern wrong from right later in life, as well as in full self-control of our facilities and actions.  From 2 Timothy 1:7, we know that God has not given us a spirit of fear, but one of love, power and self-control (or self-discipline). One can only have self-discipline, if a parent or someone credible teaches and practices discipline.

Discipline is inextricably tied to rules and in this case, the Law of God, which Proverbs 1:8 shows us, that a mother primarily (and both parents in total) teaches her kids. A son and daughter who comprehend life’s rules and knows the parameters set by God, dad and mother is a son or daughter who has the most solid foundation for life, imaginable.

As we recall, the Fourth Commandment from God, handed down to Moses says “Honor your father and your mother, that your days may be prolonged in the land which the Lord your God gives you". Proverbs 1:9 explains this Commandment to the most easily (for us) degree possible.  God says this about His own fourth Commandment “Indeed, they are a graceful wreath to your head and [b]ornaments about your neck".

From our own life experience, even though a lot of us were brought up by one parent (due to a deceased or absent dad), all of the above do not change. More and more it is imperative to understand this as two parent families are not the norm as they were a generation ago. The glue which keeps this Divine Direction in the foreground of raising the next generation is the Church and godly mentors/teachers/friends.

Not just any church would do, but one whose lampstand has not been removed by the Lord and where it is obvious the Lord is at work. We can identify these churches by their proactive teaching of the Scriptures and prayer.

We see the very Wisdom of this warning, immediately off Proverbs 1:8-9 because today, when you look at the state of young men in America and the West, when you look at the preponderance of young men in prison or on drugs, or attempting suicide, the root case goes back to the opposite of Proverbs 1:8. That is, the lack of a present Father, the lack of proper discipline and the lack of teaching and enforcement of rules of basic common sense and decency.

This is why, Proverbs 1:10-19 was given for young men especially, to burn into their consciousness. It is not only that “bad company corrupts good morals”. It is a life of even one mistake committing a simple crime, can cause ruin the plans and promising future which God has planned for those who follow Him.
Posted by The Bernie Lutchman Blog at 6/27/2019