TOWARDS HOLINESS, PART 7: OUR THOUGHT LIFE 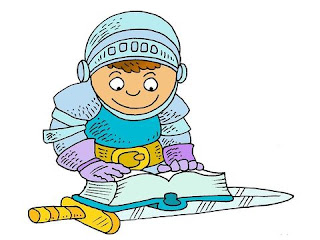 Every sin against God and our fellow man and woman, began as a thought in our mind.  Initially we have no control over what passes before our eyes, thereby triggering certain forgiven sins, past lusts, repressed memories or things from our childhood, which are normally left there in the past, not follow the normal course of life.

Without fail, a song on the radio, or some flirtatious comment, which then unleashes a torrent of terrible thoughts can often reboot thoughts in our minds, which were long disposed of. How many times have you and I, said to ourselves “where did that thought come from?”  The old argument of left brain/right brain has nothing to do with it. Being alive does.

When Jesus saved us from an eternity of death away from Heaven, His precious Blood washed away our sin. His perfect Grace granted us divine forgiveness and His offer granted us the privilege of committing our lives to Him, as Lord and Savior.

When these things pop into our mind and we suddenly feel like yelling out in church or ramping up your speed past a cop, or doing something uncharacteristically stupid, it is what some call “random intrusive thoughts”.  These thoughts are random because they come of the blue and then, they are intruding on our daily and routinely peaceful comfort zone. We never ask for, or need them. Yet, we are bombarded.

How we react to them actually has something to do with our journey towards Holiness and guess what, the Bible tells us how to deal with them.  Many verses give us direction and encouragement so we do not have to run off and think we’re going to hell because and dirty or disgusting thought was triggered in our minds.

“Set your mind on the things above, not on the things that are on the earth” (Colossians 3:2). How do we do that when we are bombarded by sexual images all day long, by short dresses in the office or by sales pitches for the next new smartphone or trinket, which we know will break the bank?


Answer? – When that thought comes in – let it go immediately. Do not dwell on it. If it is an open forward act of flirtation from another person in your physical space which will dishonor God, trigger the response of running the daylights away, literally, from that person or thing! However, random thought of just outrageous stupidity comes into our minds, just move on.  Easy come easy go. Let it go away….and those random and even the intrusive ones, will go away if we do not dwell on them.

One thing to beware of is Obsessive Compulsive Disorder (OCD). The awful (on the surface) and corrupt thoughts which invade our peaceful minds during almost every other day, can lead a small few of our brothers and sisters to some extreme behavior.

For example, someone holding a baby once at a concert, down the row from me,  told me that a thought had just entered her mind, to throw the child down. She would not, and of course, did not do it. But if that young woman was OCD, she would avoid all balconies in the future, even after all her kids were grown up and moved away. If she had a bad incident with a cashier at one grocery store, she would avoid that grocery store chain. If she was on a flight from Florida and the plane hit turbulence over Memphis, she would quit flying altogether, even though it would save her two days driving to visit her aunt in California. All of this OCD stuff basically means a lack of faith and a defeated spirit by those who are not familiar with the Bible or how to apply it to their lives, period.

The Bible says:
“Prepare your mind for action, keep sober in spirit….” (1 Peter 1:13) How do we prepare our minds for action, when thoughts blindside us- all the time? This one requires work. Most random thoughts in our daily come and go. As long as we do not dwell on them, they have no hold on us. Even if they bug us for a short season, as long as we do not ACT on ANY of it, we will not dishonor God and His Word.

Answer?: Read the Bible daily and pray. This one is sometimes impossible for even strong, mature Christians may not have the time in the morning before work. But we do have time during the day and instead of watching mindless TV shows, how about 5-10 minutes of Proverbs and Psalms? Why is this important? Well, when Jesus saves us, He implants His Spirit of peace, joy and all wisdom in us. However we can only know how to access this Spirit of Truth, if we KNOW about the Word Who became Flesh. The Word is the Bible and its contents. The Word Who became Flesh is Jesus. Jesus helps us beat these impulses 100% of the time!

The Bible says:
“We are destroying speculations and every lofty thing….” (2 Corinthians 10:5) Sometime of these crazy thoughts which come into our minds can lead us to speculate, as to what it would be like to actually contemplate doing some of that whacky business.

If you and I are going to speculate, we had better speculate about the real-life consequences of that stupidity as well! More importantly, more pro-active than speculating is the 100% solid command to “take every thought captive”.


“Think on these things” (Philippians 4:8c).
Is it possible for a person, of whatever age, to think positive thoughts all day, every day, forever and ever, amen?  It is NOT humanly possible, but God, we can actually do the best we can and walk in peace, constant joy and literally at Rest in the Savior, each day.

Taking every thought captive is the Biblical Command.  To take something or someone captive is as it sounds – that is, to get a hold of it, control it and basically lock down the person or thing.  What we are instructed here to do, by the Lord, is immediately recognize and be aware of the danger of a certain thought. Then SUBDUE it (make it captive) and, as the Bible says, make it subservient to the Will of Christ.

There is absolutely NO chance that an ungodly thought will be obedient to what Jesus Christ requires of His disciples, so it will depart from our consciousness as soon as we bring Christ, or the Word and Holiness of God into the equation! To recap, what “taking thoughts captive and making obedient” as the Bible teaches, is NOT to make a bad or dirty thought a personal prisoner but immediately  seize control of it and hand it over to Christ.  That means “Lord, I don’t know where this evil thought blindsided me from, but I now take and hand it over to You, as the Bible says, knowing You will immediately dispose of it.  The success rate of this strategy is 100%!

A great exercise, if one keeps either a personal journal, or writes in the margins of one’s bible, or even owns a Journaling Bible (the ESV provides a lot of these), is to list each of these which the Bible recommends that we “Think On” and fill in our daily actions to address them.
As an example, the verse says the following:
“Whatever is true -  The Word of God is true. Depend on it.
"Whatever is honorable – walking upright before the Lord (in Holiness) and therefore before all mankind, is the hallmark of a Christian woman or man of Honor.
"Whatever is pure – think of Jesus Christ, the sinless Son of God. Have the Mind of Christ, and the body will follow.
"Whatever is lovely – look all around us. Look at God’s Creation – there is no artist who can create this beauty. There is no chef who can produce good food out of the ground such as we have, or no marine biologist who can manage His oceans. Contemplate His Beauty when down and out.
"Whatever is of good repute – authentic bible-believing Christians do not go into bars, strip-(or so-called “gentlemen’s) clubs. We must strive,  with conduct becoming an officer of the army of the Lord of Hosts, to always maintain a reputation for clean living, speaking and acting. We must strive for excellence in work, volunteering, ministering and being gracious and loving. We must be seen as salt and light and not hot sauce and darkness.  All of these things, as we strive for excellence and things which are worthy of praise to our Great God in Heaven, are the things we MUST first think about….and then do. All of this in one bible verse – Philippians 4:8.

Just in case anyone thinks this is too easy or it is simple stuff or “I don’t need this, I don’t make mistakes or have any of those thoughts”, well….this is your first mistake.

The path to Holiness, or Christ-likeness, if this word sounds too “religious” for you) involved the whole person – body, soul and MIND. The battle for the soul, which ultimately affects the body, begins in the mind. If our mind is not set on Eternal Things, but on the fleeting pleasures of this perishing world, we would be in trouble. It behooves us to stay the course, persevere to the End and then see Christ, in ALL His Glory.
Posted by The Bernie Lutchman Blog at 5/26/2019