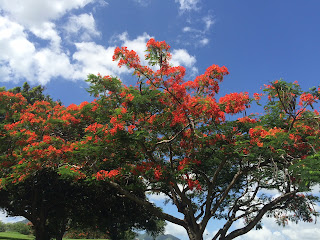 The sons of Jehoiakim were Jeconiah his son, Zedekiah his son. (1 Chronicles 3:16)
There is a huge tendency for the vast majority of bible readers (including myself in the past) to just skim over names, places, genealogies and in the like, when reading the Old Testament.  Even the genealogy at the very beginning of the Gospel of Matthew is overlooked.  Paying short shrift to any of this is a mistake, as we have learned over the course of maturing in the Word of God.

The genealogies comprise a very important part of the confirmation of Accuracy, Sufficiency and Reliability of Scripture. For instance, Matthew Chapter 1 methodically leads us backward from the Birth of Jesus, using actual names – to the very first human being – Adam. Along the way, major Biblical figures stand out who were not Jews. Rahab is one. Another genealogy around the time of the Exodus lists Bithiah, whom we know as the Pharoah’s  Daughter who rescued Moses from the river, after his mother put him in a basket, in order to save his life.  Yes, genealogies are important.

On the surface, 1 Chronicles 3:16 seems very pedestrian. For instance, there was some ancient king named Jehoiakim who had  sons name Jehoiachin and his brother Zedekiah. This really changes nothing, as far as the casual eye can see. But looking closer, it is a significant statement from the writers of Chronicles, the official historians of God’s people at the time.

These last two names are important as they are the very last kings of Judah before the First (and future) Coming of the King of the Jews – the Lord Jesus Christ! The last kings of Israel, from Jehoiakim to his sons, were basically heathens. Not just that, but they had ignored the multi-year and intense pleadings from the great prophet Jeremiah, chosen to listen to their own false prophets and then persecute the man of God constantly, i.e. – Jeremiah.

God had decided to cleanse the cancer festering all through Jerusalem where even the priests were corrupted and idol worship was a prevalent throughout, like the use of social media is today.  God raised up the great Babylonian King Nebuchadnezzar to come against Jerusalem and do His will. The fearsome Babylonians had surrounded the city, held it siege and basically had their way with the “leadership” of Jerusalem.
After he sacked the city of Jerusalem, King Nebuchanezzar carried off most of the Jews into a 70 year old pre-ordained (by God) exile into the great city of Babylon – a fortress so strong and rich, it was the greatest city in the world at that time.  The King also had Zedekiah’s eyes removed and imprisoned the blinded man after making him walk in chains from Jerusalem to Babylon - no walk in the park, at any time!  Jehoiachin was imprisoned for 37 years and archaeologists have find documented proof on tablets of his prison rations, which began under Nebuchadnezzar and continued after this Babylonian king was humbled and then became a believer in Yahweh. So both brothers - Jehoiachin (or Jeconiah) and Zedekiah (or Mattaniah) were Kings of Judah at one time each, but now both were unwilling imprisoned guests of the larger-than-life Babylonian ruler!

In light of this brief historical background, why should any of this concern us? Well, for apart from our own enhanced knowledge of confirmed biblical history, we see a few things which can instruct. The Book of Ecclesiastes tells us there is nothing new under the sun and there really isn’t. As we read and write this, the sun rises in the east and is setting on the other side of the planet in the west. Babies are being born and hundreds of thousands of humans leave this life for the next. Rivers flow to the sea and the sea does not fill up……and human beings are the same….to wit:

1.  Sometimes, people only care to listen to the advice they WANT to hear, and not the Truth. Rather heed the dire warnings from Holy God, as presented by Jeremiah. These last remaining kings of the failed state of Judah listened to the made up lies of the false prophet Hananiah, whom God immediately dealt with.  The lesson for us is to always listen to the Truth and walk accordingly. No matter how dark the circumstances,  heeding Godly warnings and counsel will benefit and save us in the long run, maybe not in this lifetime, but 100% most definitely, in the next. (Click the link provided for full account of this occurrence).

2.  The cleansing fire of the Lord takes many forms. These men here refused to obey the Word of the Lord and at the appointed time, His Fury was unleased. The entire massive and beautiful city of Jerusalem was taken down to the ground and with it, the Temple of Solomon which had become completely dishonored by corrupt men. Just as these kings saw that destruction,  we too are witnessing similar cleansing and destruction as the Lord predicted, in these last days. What should personally concern God’s people is the personal Refining Fire of the Lord which cleanses us from within, in order to transform us into the image and likeness of the Lord Jesus Christ! This begins with personal acknowledgement and repentance of ALL our sins (even those we cannot remember) and a humbling of ourselves before the Lord our God. If we do this and seek His forgiveness and move in our lives, He is faithful and true to forgive, restore and transform us, into the Image of His Son.

3.  The Word of God is true and more and more History confirms this with each new archaeological find.  Tablets found in Iraq not just explains the food rations for Jehoiachin and other Jews imprisoned and in Exile. The grave of the prophet Daniel and others is still in the Persia (Iran). Other areas close to the ancient city of Babylon (which is not far from modern day Baghdad, Iraq) are full of all kinds of recently found archaeological finds keep validating Scripture!

As previously mentioned here, 1 Chronicles 3:16 tells us who these final three secular kings of either Israel or Judah are.  There is one final important point to make. Jehoachin was an ancestor of Joseph, the husband of Mary, the step-father of the true King of Israel – the King of Kings and the Eternal Ruler of All Heaven and Earth – the Lord Jesus Christ!