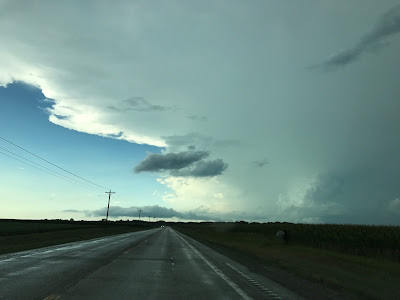 From super fans holding up signs at football games to Vacation Bible School bible verse drills, the entire planet knows John 3:16 (….for God so loved the world…). So, what about the other 65 books of the Bible? Most of them do have “3:16” verses which while not as packed with Eternal Impact for the believer, carry equally significant weight for the Christian!

It is absolutely beneficial to our spiritual growth to do a study of these verses for many reasons. I discovered the reasons myself while doing precisely this same exercise. While not every book of the sixty six (66) Books of Canon (The Bible) has three chapters or even a 16th verse, the majority of those I found all have a theme relevant to the Christian life!


In some cases, the "3:16" verse is self-explanatory. In many cases, we have to read the previous or the "17" verse in context to get the full meaning. Where the verse is plain, we will no try to over-explain. But they will be kept as focused as possible in this new series, so as to get the full measure of what God is saying, in these passages of Scripture.

To be clear, the original manuscripts were NOT written in Chapter and Verse! The original Old Testament was written in Hebrew and only put in verses in the 15th century by a Jewish Rabbi. The English Bible was divided into chapters by the Archbishop of Canterbury in the 13th century and less than 160 years, the great and first Wycliffe English Bible made it permanent. The division into chapter and verse occurred to make the great Words of God more understandable to the world.

This has occurred and the Lord has used The Greatest Book Ever Written to change, transform and rescue lives ever since. Here we go:
ORIGINAL SIN BRINGS THE FIRST CONCEPT OF JUDGMENT
Genesis 3:16:

To the woman He said,
“I will greatly multiply
Your pain in childbirth,
In pain you will bring forth children;
Yet your desire will be for your husband,
And he will rule over you.”

While feminists may not find this particularly appealing, in fact it was Eve - the first woman - who negotiated with a serpent, believed him over God and fell for the lie. Adam was ultimately held responsible by God for this sin, but look at the hammer coming down on all women for all time due to Eve listening to Lucifer and eating forbidden fruit!

Here we have the first introduction of PAIN into the human equation. Pain was not meant for to happen. We brought it on ourselves. This was just the beginning of all kinds of trauma and pain because Eve's first offspring and son - CAIN, an angry and jealous man increased this Pain by killing his own brother Abel.

LESSON: DISOBEDIENCE HAS CONSEQUENCE WAY BEYOND THE IMMEDIATE AND CAN AFFECT GENERATIONS YET TO BE BORN.

GOD CARES ABOUT THOSE IN DESPAIR
EXODUS 3:16 "Go and gather the elders of Israel together and say to them, ‘The Lord, the God of your fathers, the God of Abraham, Isaac and Jacob, has appeared to me, saying, “I am indeed concerned about you and what has been done to you in Egypt".

Sure, Eve brought pain and suffering into the World, but our God is the God of Mercy, Grace and Compassion and His love endureth for a life time. The Jews were an oppressed and mistreated people for 400 years as slaves in Egypt after the death of the great Joseph and his benefactor Pharaoh. The time of their pending departure and entry to the Promised Land. In Exodus 3:16, God Himself said He was "INDEED concerned and knew of their hurt and persecution". He was about to send the Great Deliverer - Moses.

LESSON: WHAT YOU OR I MAY BE GOING THROUGH IS NOT NEWS TO GOD. HE SEES THE PAIN, DEPRESSION AND LOST NATURE OF HIS PEOPLE NOW, AS HE DID 1000, 2000 0R 4000 YEARS AGO. HE IS INDEED CONCERNED, CARING, COMPASSIONATE AND LOVING AND WILL RESPOND WITH DELIVERANCE - ONE WAY OR ANOTHER.
Posted by The Bernie Lutchman Blog at 8/06/2017