WAR ON CHRISTMAS, CROSSES - SYMPTOM: DARK NIGHT OF THE SOUL 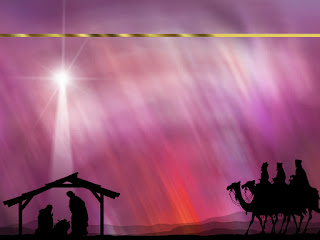 Each year around Christmas time, we Christians witness an insidious assault on the Baby Jesus, the Nativity Scene and increasing volume on the War against the Cross. It is absolutely incredibly that so-called “educated and enlightened” people, liberals and academics would work themselves up to hypertension and worse over two pieces of wood, planted on top of a mountain outside Jerusalem in 33 AD.

That is, until we realize what these pieces of wood and the nine inch nails which held them together, signify. It was on this tree, in the shape of a Cross, that God Himself literally gave the mortal side of His Life, for all humanity to be reconciled unto Him – the Eternal. God. This is absolutely something which those who are lost forever cannot comprehend.

In case they are wondering, this is against Whom the godless are fighting against, choosing NOT to know it: "Have this attitude in yourselves which was also in Christ Jesus, who, although He existed in the form of God, did not regard equality with God a thing to be grasped,  but emptied Himself, taking the form of a bond-servant, and being made in the likeness of men.  Being found in appearance as a man, He humbled Himself by becoming obedient to the point of death, even death on a cross....(Philippians 2:5-8). 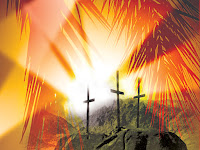 In the Book of Acts, when the Pharisees were debating increasing persecution of Christians, one of their own leaders warned them here: "So in the present case, I say to you, stay away from these men and let them alone, for if this plan or action is of men, it will be overthrown; but if it is of God, you will not be able to overthrow them; or else you may even be found fighting against God."...Acts 5:38-39. Of course, these people did not listen to Gamaliel, their great rabbi. They WERE fighting against God Himself, in the Form of the Resurrected Jesus Christ and His budding church movement!

Today, almost 2000 years later, nothing has really changed. It is not the simple act of removing a Cross from a Christmas tree in Indiana. It is not attempting to remove Crosses from veterans' cemeteries or on top of a hill in California. It is not banning Christmas songs in public schools or taking Charlie Brown posters off middle school doors in Texas. It is not casting away Nativity scenes from the public arena and disappointing entire large groups of citizenry.

It is the condition of the darkness of their souls and hearts. Though they may have every rich and comfortable perk and convenience this world can provide them. Though they may have every corner of socio-economic, academic or other influence to shut down a kid wearing a Jesus T shirt or even sharing a candy cane with a school mate in elementary school. Though they gain the world, ultimately they are the ones who are to be pitied in their folly. Why? They have their reward in this lifetime. They just don't get it. They never will.

The Word of God, from the very Spirit of Heaven says this, and you can bank on it: "For the word of the cross is foolishness to those who are perishing, but to us who are being saved it is the power of God. For it is written, “I will destroy the wisdom of the wise, and the cleverness of the clever I will set aside.” (1 Corinthians 1:18-19).
Posted by The Bernie Lutchman Blog at 12/13/2016