PRAYERS OF THE BIBLE SERIES - THE BOOK OF JAMES, #13 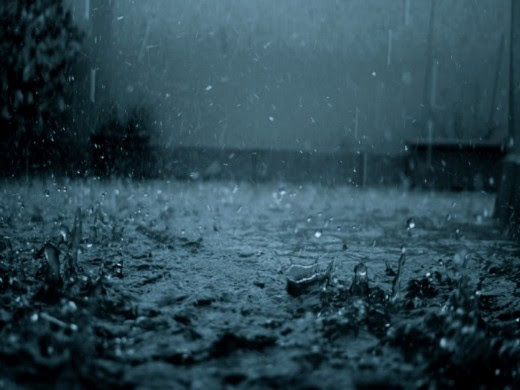 Elijah was a man with a nature like ours, and he prayed earnestly that it would not rain, and it did not rain on the earth for three years and six months. (James 5:17)
Just two years ago, the state of California was in a long term drought with water levels dropping everywhere.  Lakes were drying up and water use was restricted and worse. What some religious leaders decided to do was join with some of unbiblical faith systems  and religions, in order to do rain dances, incantations and other such tomfoolery in order to force the rain to come out of the heavens! This act and series of similar actions elsewhere, shows complete Biblical ignorance on the part of anyone who thinks "prayers", rain dances and incantations can cause God to send the rain!

Anyway, here is the account where Elijah prayed, both for and against rain, from 1 Kings Chapter 18: 41-45a "And Elijah said to Ahab, “Go up, eat and drink, for there is a sound of the rushing of rain.” So Ahab went up to eat and to drink. And Elijah went up to the top of Mount Carmel. And he bowed himself down on the earth and put his face between his knees. And he said to his servant, “Go up now, look toward the sea.” And he went up and looked and said, “There is nothing.” And he said, “Go again,” seven times. And at the seventh time he said, “Behold, a little cloud like a man's hand is rising from the sea.” And he said, “Go up, say to Ahab, ‘Prepare your chariot and go down, lest the rain stop you.’” And in a little while the heavens grew black with clouds and wind, and there was a great rain."

It was God who sent the rain because an authentic man of God prayed. But look at the verse from James 5 (above). Elijah prayed for NO RAIN - and it did not rain for 42 months (half of the upcoming Tribulation). He prayed with extra passion according to the original language, as almost bring judgment upon the land - which happened. Then at the end of the 42 months, he prayed again and it poured. So can a Christian today do the same? We could. God has given us kingdom authority in John 1:12 ("But as many as received him, to them gave he power to become the sons of God, even to them that believe on his name). However, the Lord sees the bigger picture - the end from the beginning. He is Sovereign and will do what He will do. He will answer according to His plans and purposes. Also, He answers to no one else, so if He withholds the rain, or sends it over to the Philippines, He can do that, as well!

Our part is to stay faithful and persevere and persist in prayer - whether is for rain in a drought or for the end of a three day snow fall. HOW we pray is the key. He is merciful, kind and long suffering. Therefore we pray for grace through extreme weather conditions and His Kind Countenance will always shine through. We pray for His protection, provision and guidance and then let Heaven have its way. This is all we are required and expected to do.

There are some very strange natural phenomena around lately: out of season extreme storms, earthquakes, tidal waves and more. These are troubling times, but you know what, God is still in control. Let not your heart be troubled, even in these trying times. Pray it all up to Heaven because the God Who loved the world so much He sent Jesus to pay for our sins, still cares for His elect. The great hymn writer and troubled soul William Cowper put it best after he was saved and redeemed from darkness by the Lord in his hymn "God Moves in A Mysterious Way":
"Judge not the Lord by feeble sense,
But trust Him for His grace;
Behind a frowning providence
He hides a smiling face"...(William Cowper, 1774)
(Image Credit Here)