"Watch and pray that you may not undergo the test.  The spirit is willing, but the flesh is weak.” Matthew 26:42 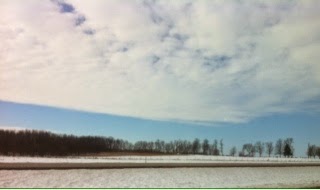 In a world of distraction, dysfunction and discombobulation, it is no wonder a vast majority of people are in a constant state of emotional depression.  The world systems have everybody right where they want them, with their eyes completely away from the prize and occupied with mindless pursuits.  The increasing-by-leaps-and-bounds use of electronics and streaming entertainment leave almost no time in a person’s day for anything but the pursuit of pleasure, leisure with epicurean delights thrown in for good measure.  It used to be that only seniors in the twilight of their years would say “time went faster, the older one gets”. This is not true anymore. More and more people are complaining there is not enough time to do what THEY wish as well! So many hours per day are taken up in watching products of the secular world, in passivity, that the activity which benefits is absolutely overlooked.

Watching the calendar for the occasional “religious” holiday like Easter/Resurrection Sunday seems to be sufficient for too large a population in western civilization, where the appearance of being “Christian” is more respectable than anything else. But Jesus Christ is calling us to something more intentional, personal and everlasting than the temporal. His directive to the disciples (and thus, to us) is simple but profound. “Watch and Pray” mean complete engagement with not just the spiritual heart tuned into God, but with every facility.  Here is where the Greatest Commandment comes into play: “You shall love the Lord your God with ALL (emphasis) your heart, soul and mind”.

Watching and Praying required the entire person or “extreme” engagement. For instance, our hearts could be right with the Lord – completely. Yet if we’re sitting there doing something as harmless as drinking coffee ….or even having soft classical or hymnal music in the background playing, we are really not totally engaged in intercession. He demands 100% of us. That’s another reason to have eyes closed, television OFF, computer on screen saver and every distraction removed. Satan is the master of distraction, distortion and dissolution of our spiritual resolution.

“WATCH”:
With all your senses fixed upon Yahweh, the Great I am. Be ready to press in eyes, ears, voice and even touch. There is a huge reason for this- the Fear of the Lord. Solomon told us in Ecclesiastes 12:13 the following: “let us hear the conclusion of the matter: Fear God and keep His Commandments: for this is the whole duty of man”.

This is how we walk it out and apply the Word to daily living. The condition which enables this ability is defined by what may seem like a paradox to most. This is “daily dying to self”. In the natural, dying to self that one may live, makes no sense. It should not – to the lost and perishing.  But this attribute of Biblical discipleship is what enables the true believer to be on the alert and become eternally vigilant, so we can “watch”.  Daily dying to self is the daily renewal of our faith and trust in God, through Christ, and walking in that truth ALL DAY LONG, even when surrounded by the things of this world. The foundation of such a paradox as “dying to live” IS found in the above verse from Ecclesiastes 12. Only someone who fears the Lord (in the way He desires) and keeps His Word, can then proceed to “die and then live”!

“PRAY”:
Because we are not “falling down on the job”, or even sleeping (due to our vigilance), Christ wants us to keep praying. Those of us who strive to walk closer and closer to Christ and be empowered by the enabling of the Spirit’s magnificent work in us,  know the drawer and even disabling work of temptation.  We do not go out looking for trouble as a rule, but sure as rain, trouble finds us.  The most deadly temptation are those which appear suddenly and give you almost no time to thoughtfully react. Here is where every resource and bit of biblical knowledge and integrity comes into play.

There are only two choices. Choice Ais the one the Bible selects for us.  Simply put, in times of temptation – flee! Or in modern English – turn and run the other way! This is not cowardice. This is “Bible”. Choice B is standing there and negotiating with the serpent like Eve did. The latter will not end well, the former (flee, run etc.) will result in the Mighty Hand of God’s Protection over you.  It takes a watchful “warrior” to discern, discover and dash out of there when temptation stares one in the face.  This watchful warrior is a Worship Warrior! Dying Daily to Self does that to a man or woman of God. We embody both the spirit and the substance of what the Christian walk means and thus, its fuel. The fuel is the Word of God and “prayer without ceasing”.

When we were saved, we were not called to a picnic, or a walk in the park. We were not even told that we will prosper in wealth and health. The current age and temporal circumstances require that now, more than ever, we remain on constant alert. It also requires that we become Watchmen on the Walls of our homes, communities and churches. We can only do that through prayer. The Lord of Hosts, is the Lord of Heaven’s Armies. Those whom He has enlisted represent the only army where weapons are words – words of prayer and the Word of Almighty God! Amen.
Posted by The Bernie Lutchman Blog at 3/31/2015