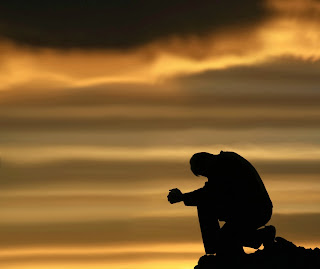 The LORD had had enough of Job’s complaining and putting words in His own Mouth, which He never said or thought! The LORD had had enough of Job’s three friends – Zophar, Eliphaz and the “shortest man in the world” – Bildad the Shuhite!  These three men were like modern day theologians. They were putting out PhD dissertation after PhD dissertation which belong more in Princeton and Yale, than in the Holy Halls of the Heavenly Tabernacle.(The body of the majority of these men's errors can be found in the lengthy speeches of Job Chapters 4-37).

GOD ANSWERS JOB
Here are a few of those piercing questions, which no Charles Darwin; no Richard Dawkins or Stephen Hawkings will ever answer or have a chance to have answered:

Job 38
1 Then Yahweh answered Job out of the whirlwind,
2 “Who is this who darkens counsel
by words without knowledge?
3 Brace yourself like a man,
for I will question you, then you answer me!
4 “Where were you when I laid the foundations of the earth?
Declare, if you have understanding.
5 Who determined its measures, if you know?
Or who stretched the line on it?
CLICK HERE TO READ THE REST OF THESE CHAPTERS DIRECTLY FROMTHE BIBLE:


When the Lord is through with the incredible defense of His Power and Might, what follows next is a wonderful example of what a truly chastened, humble and obedient man (or woman) of God should be. Such a son or daughter of God could be found in Job's Prayer of Repentance that was introduced in Part 1. This prayer has to be looked at more closely as God has put every word of every phrase of every verse of Scripture for our instruction and growth, that the man or woman of God can apply to our own specific situation, when necessary. So in light of this fact, as promised, let us examine Job’s final prayer – his prayer of Repentance, which led the Lord to restore Job 100 times (or more) better than he was before this trial of his Faith.

Job 42: 1-6 (WEB):
1 Then Job answered Yahweh,
2 “I know that you can do all things,
and that no purpose of yours can be restrained.
3 You asked, ‘Who is this who hides counsel without knowledge?’
therefore I have uttered that which I did not understand,
things too wonderful for me, which I didn’t know.
4 You said, ‘Listen, now, and I will speak;
I will question you, and you will answer me.’
5 I had heard of you by the hearing of the ear,
but now my eye sees you.
6 Therefore I abhor myself,and repent in dust and ashes.”
(My Exposition)

Verse 1: In the literal Face of a barrage of legitimate questions from the Master he presumed to speak for, Job had no choice! He could not answer a question with another question. The questions which God asked Job were so full and completely impossible to answer, that his first response to his “deposition” was to “brace himself like a man”. Job and his friends thought themselves “man enough” to speak for God, the Almighty was going to deal with them accordingly. This is not unusual and is very typical of a Graceful God Who loves mightily.  Here is what He has told unbelievers “come let us reason together AS MEN.  Though your sins are scarlet, they shall be as white as snow”. God does not have to do this and suffer the sins of men.  However, He desires a relationship with us, of His own Accord.

Verse 2:  Here, God is giving Job a chance to “man up”! Except – Job cannot! He is wise enough to know the Power and Might and more importantly – the Sovereignty of God! The secular meaning of the word “Sovereign” is “above or superior to all others; chief; greatest; supreme in power, rank, or authority or holding the position of ruler; royal; reigning….independent of all others” (http://www.yourdictionary.com/sovereign) . In Biblical terms, the Sovereignty of God means that, as the ruler of the Universe, has the right to do whatever He wants. Further, he is in complete control over everything that happens (http://christianity.about.com/od/glossary/a/Sovereignty.htm)

For the first time Job fully comprehends the Sovereignty of God. He knows now that no mere mortal or thing can restrain or cause God to do anything that He does not plan on doing.  Men can shake their fists at God and demand an explanation for this or that purpose. However the Lord does NOT owe us any answer, favor or otherwise. Everything we receive in this life is a free gift (or simply put - GRACE - God's Riches At Christ's Expense). If anything, we deserve the opposite - judgment - rather than all the goodness we get in life.

Verse 3: Job's eyes have been opened to the fact of his puny standing in the world! Before this, he really had no clue of the Power and Presence of God even though his faith was singularly focused on Him! Now Job can see with his spiritual heart as well, for the first time, the Plan of God as well, and it is just blowing him completely away! This is a good thing for us to grasp as well. In our own way, the mankind - especially the elite and the educated - really think they know more about God, this planet and all therein.  Here is where we get hoaxes like Global Warming, Climate Change, Evolution and more.  All of this is simply unbelief and rebellion....and plain ignorance. Job has more sense than the 10 Ivy League and Oxford Universities faculty put together in one handful of sackcloth and ashes than the entire group of those unbelievers, who are really not much different than Nimrod and the Tower of Babel.

Verses 4 and 5: Job just came to a realization that he has just had a fresh encounter with God! The details which the Creator blistered him with sent him to his knees, literally and metaphorically. The discipline he received from this dressing down is something which I have received from The Lord myself at two different times. I can tell you now friends, He is not to be trifled with.

In chronological terms, Job is actually the first book of the Bible as Job is estimated to have lived closer to or just before the time of Abraham (circa 2000 BC). Genesis was written by the LORD YaHWeH through Moses around 1500 BC. The Faith which God mentioned about His servant Job in Chapter 1 is even more amazing given this timeline! Job's faith was obviously real and he knew ABOUT and believe in God.

He therefore had such complete faith and trust in God that he said all the things I mentioned in Part 1 - refusing to blaspheme God, when all the bad stuff started happening. But now, his spiritual eyes were opened to the sheer majesty, power and AWE of the Almighty and he is a transformed man! Remember, he is still in sackcloth and staph infections! But look at the energy and passion in his voice in these verses (4 and 5) You said, ‘Listen, now, and I will speak; I will question you, and you will answer me.’ I had heard of you by the hearing of the ear, but now my eye sees you.

Job now knows the true peace, joy and contentment and Kingdom Authority that comes with a REAL relationship with the Lord! The Favor of God rested on Job...and now, the true Power and Salvation of the King is affirmed, because of verse 6!

Verse 6: Job discovered over 2000 years before Paul that Romans 3:23 applies to ALL men of ALL time (Romans 3:23 - "all have sinned and fallen short of the Glory of God). Job gives us the Classic illustration of Repentance here: "Therefore I abhor myself, and repent in dust and ashes.”

This is the key - the first step to Restoration through Repentance is to hate your sin so much, that it will sicken you to the core, until you get rid of it...except, you and I cannot - Jesus has to wash them away!  To crown this earliest example of Repentance and making it right in Biblical History and the history of Mankind - Job WAS speaking with Jesus - that is Who YaHWeH is!

Email ThisBlogThis!Share to TwitterShare to FacebookShare to Pinterest
Labels: answer, bildad the shuhite, brace yourself like a man, footings, foundation of the earth, job chapter 42:1-6, job prayer of repentance, man up, prayer, response, sovereign, whirlwind